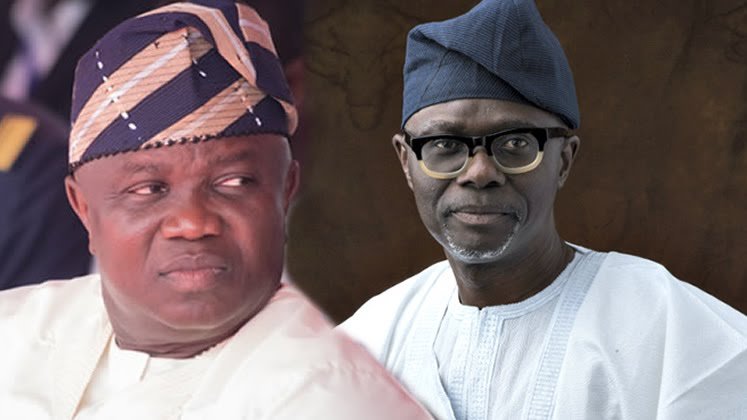 I have restrained myself from adding my opinion to the varied opinions on the current occurrences in the Lagos All Progressive Congress, APC, and that is because I’m perceived to be loyal to the man who many have come to the conclusion that he’s one of the alleged owners of Lagos.

However, as a thoroughbred Lagosian, who my uncles will refer to as Omo Eko Pataki, I will drop my thoughts on the raging political discourse here…

I have no pity for Governor Akinwunmi Ambode’s current predicament – though he fails to understand that he’s in one at the moment with his recent outbursts.

And my here are my reasons.

1. A party machinery which has been in place for a little over a decade was responsible for his emergence as the Lagos state number 1 citizen, does he think he can outsmart or outwit this same machinery in just four years of not practising intense politics?

My answer is a resounding NO! These politicians live and breathe politics, this is their only source of livelihood and survival, hence, it’s their game and be sure to continually lose when it’s battle time.

2. Show me your friends, it is widely said, and I will tell you who you really are… In the case of the Lagos state governor, it’s show me your comrades and I will decipher if you stand a possible chance at winning or even fighting this political battle that you have embarked on without getting badly hurt or even maimed at that.

You can’t possibly go into a political battle armed with individuals, who have only excelled in arm-chair and social media politics – so bad that most of them didn’t even survive ‘common boardroom politics’ but have never tested their popularity even in their streets let alone local government wards!
And again I ask, who are the governor’s comrades at war at least we can tell who Babajide Olusola Sanwo-Olu’s comrades are?

3. Everyone keep talking about fighting a man whose back is against the wall or who has fear for no fall and I laugh…others even went as far as living in the land of fantasy claiming the brains behind the governor’s perceived courage are powerful than we all know and I ask, who are these ‘faceless’ powers-that-be that have refused to openly back their favoured man as Asiwaju Bola Ahmed Tinubu has done with his own.

Don’t deceive yourself, no one is at the other end drumming support for the seemingly courageous Governor Ambode.

The man is merely daring to fight to change a narrative that brought him into power.

I won’t be writing or narrating to anyone about this cogent ingredient of power but I’m sure that avid readers will gladly explain in details what loyalty is and how it is cogent in wielding or seeking power!

I am not a pawn in the game and would advise you to thread before jumping on a bandwagon of pawns in this interesting power play….

PLEASE NOTE: Opinions and posts are purely mine and not the views of my employer…