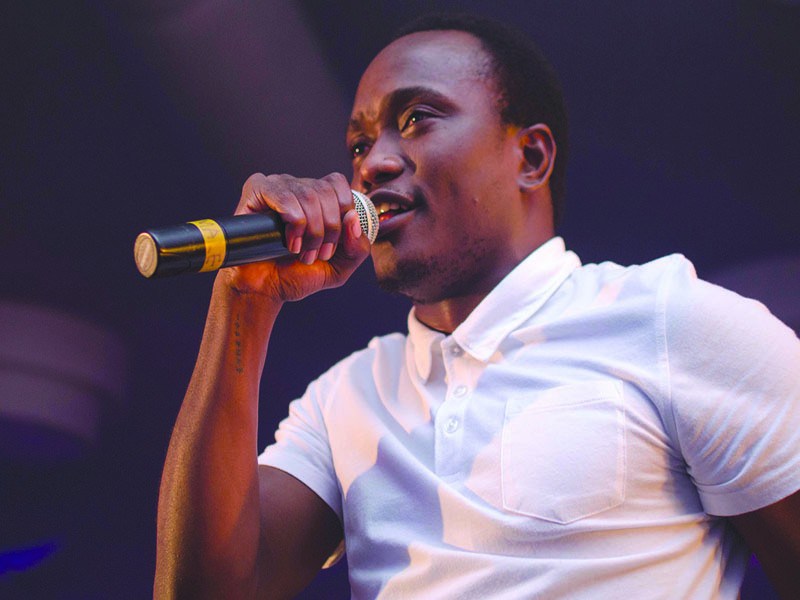 Controversial singer Brymo opens up on the reason why he did not feature anyone on “Oso” his sixth studio album.

Since the release of his latest album, Olawale Ashimi has become the most talked about Nigerian singer especially due to his semi-nude appearance on his “Heya” video.

In a recent interview on BBC Yoruba, Brymo explained his decision to star almost naked in his music video and why there wasn’t any collaboration on his album. The “1 Pound” crooner also stated that the only artiste he would feature is Asa because they talk about similar things with their music.

Here are his words;

“I have spoken to Asa’s handlers. What remains is to set it up.

“She is the one person who I can collaborate. What she talks about — love, social issues, everyday issues — are things that matter to me.

“I had important things to talk about. It is hard to bring someone who doesn’t know my thought process to collaborate on such a song.

“Many of my colleagues collaborate because of positioning. There is so much politics involved in collaboration so I chose to sing alone.

I have collaborated in the past but I was not satisfied with the outcome.”

Brymo added that collabos in the Nigerian music industry wasn’t just about the music but is somewhat political, it’s another means of advancement.

“If you look at it well, many people like KSA, KWAM 1, Ayinde Barrister and other indigenous musicians hardly collaborate”.

One other talking point during the interview was his choice to go semi-nude on “Heya” music video which caused a lot of stir.

“The video is for people to see that were backward and need to change.

“I was not happy that people said I did something wrong. It means people have forgotten where we came from.”

“I am a bush man, still living in a world made possible by the West. I, like other Africans, are just existing and not responsible for technological advancements and innovations.

“We have not contributed to the world. We don’t solve problems or create solutions.”