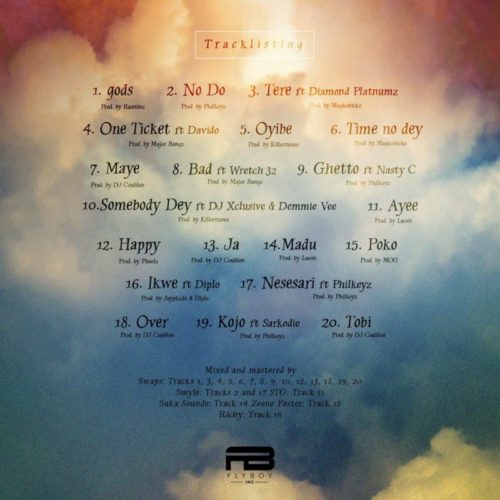 Nigerian pop star Oluwatobiloba Daniel Anidugbe aka Kizz Daniel is getting closer to the release of his sophomore album.

The Fly Boy Inc. boss in the next few days will officially launch his first album under his music imprint ‘No Bad Songz’. Just before the album goes public the singer has shared the album cover arts as well as the tracklist.

There are features to look out for like Sarkodie, Diplo, Nasty C etc. He has also announced his album release date for November 30.