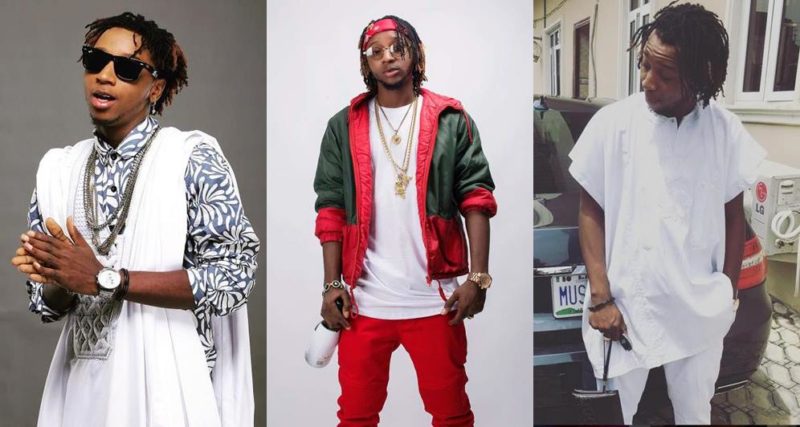 Nigerian rapper “Yung6ix” has called his best friend on twitter who took his name purportedly to some spiritualist in order for him to forget the money the so call friend owes him.

Can’t trust no one these days, known my nigga for over 14 years and dude took my name to some spiritualist to make me forget money he owes. God over man. Your juju go pay my money if you no get, no weapon fashioned against me shall prosper. Blocking me won’t change poo. 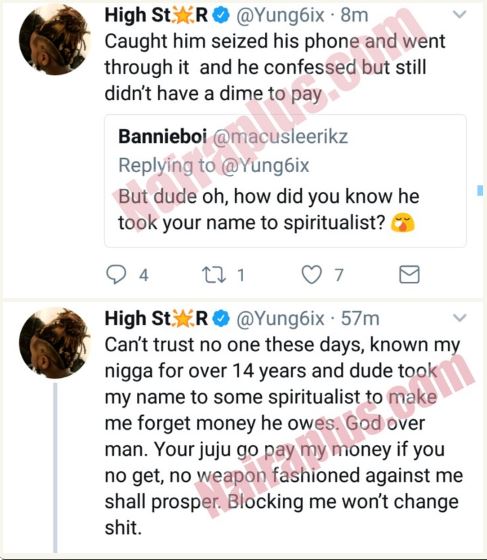