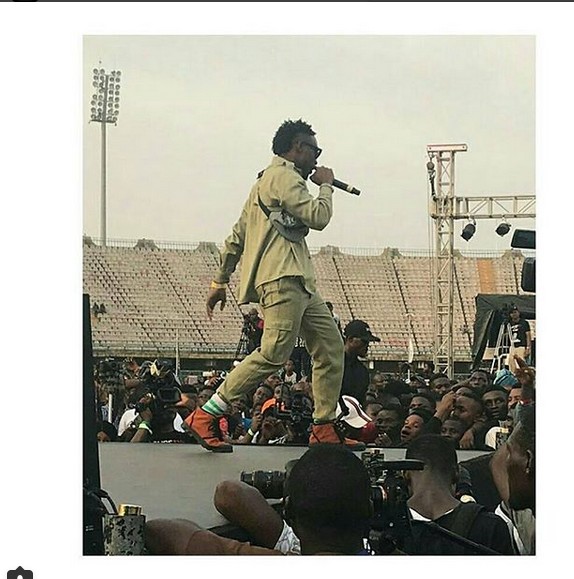 Nigerian Artist, L.A.X stopped for a moment to talk with Sunday Scoop, where he uncovered the motivation behind why he performed in his NYSC uniform at Olamide’s show, that was held at Teslim Balogun Stadium, last year.

He stated; “I had just completed my National Youth Service Corps programme at the time, and I wanted to pay homage to the scheme and Nigeria in my own way. NIFA. It is not too good that people always like to dwell on the negatives when reacting to issues. I really didn’t pay attention to anybody who criticized me, and that’s because the people who appreciated and commended me were more. Those were the ones that I paid attention to.”

Reacting to the thought that his singing career has endured a decrease after he cleared out Starboy Records.

“People who are saying that need to go and check the records. I had three big songs that had a lot of views online last year. I traveled to a lot of countries and I enjoyed massive love everywhere that I performed. I will be releasing my debut album this year and I want my fans to watch out for it. People should listen to good music, not thrash.” – He stated