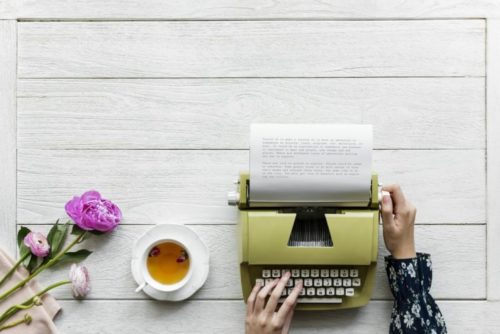 Baba Muji married his wife as a teenager. She was at that time a proper “lepa”. Years gone by, Iya Muji was now a “thicker body”. What should any man expect after 3 kids .. and meat tasting episodes.

Then he met Ganiyat. Ganiyat was 18. Supple and fresh. One thing led to another thing. Ganiyat, started showing Ba Muji another level of glory.

Baba Muji started to neglect Iya Muji. He would complain of back pain. Waste pain. Iya Muji bore the neglect in solitude. She tried all she could. Going to bed with only wrapper. Placing “cushions” next to Baba Muji’s “Ronaldo”. Nothing happened.

One day a text message dropped into Baba Muji’s phone while she was arranging the room. The text read “you have to get me across the mountain oh. You are not pressing the pedal to the ground”

Iya Muji was a decoder. The new version capable of dual view and internet connection. The useless man had been sharing her “food” with strangers.

Baba Muji meanwhile had found it difficult keeping up with an 18 year old. He had resorted to “sef hep”! He had an agbo that he took 2 hours before on match days. The agbo allowed him keep “Ronaldo” on the pitch for longer periods.

Iya Muji had asked him why he took the concoction. He said it was for “success” in business. She realised that after taking it, he would depart home.

She devised a plan. Set the plan in motion.

On this fateful day, Baba Muji had given her his usual excuses. She had placed the “twins” next to his mouth. Baba Muji was in no mood for soft pawpaw. He was dreaming of hard coconuts. All Iya Muji’s antics did not work.

In the evening Baba Muji took out the “success herbs”. Rather than one shot, he took two. He had promised Ganiyat the “time of her life”. For effects sef he had avoided sugar for three days. He had plans for San Siro!!!

Baba Muji, got to the match venue. Ganiyat was already in match mode. See through nightie, strings and push up…. she also needed money. If she blew his mind, he would empty his pocket.

There was the usual light refreshment with an added spice of ginger drink. All to ensure performance. Lewis Hamilton would have nothing on Baba Muji after tonight.

Then shit hit the fan literally. Baba Muji felt a slight rumble and an urge to fart. So he adjusted himself while Ganiyat went into the kitchen for more supplies. Na shit commot oh! Staining him and the chair.

And then he could not hold it. Then the tap came loose. Ganiyat came back into the room and started cursing him out. “Are you a child, you could not even hold yourself? What kind of nonsense is this!”

Baba Muji was in a dilemma. Was it the two shots? Was it the ginger? He had started to sweat. His bowels seemed uncontrollable. He managed to get up. He was too weak to drive.

He felt shame. Ganiyat was not showing him care. Abusing him like a child.

He managed to get home. Iya Muji was at the door to meet him. She was solicitous. “Baale mi, what happened? You are back early”

Baba Muji was looking for the loo. He had barely managed to hold it.

In the loo, he thought he could hear the laughter of Iya Muji. She was laughing. Uncontrollably. She had switched things. Apparently it had worked!
Iya Muji turned “opa eyin” to laxative!
Oshey!