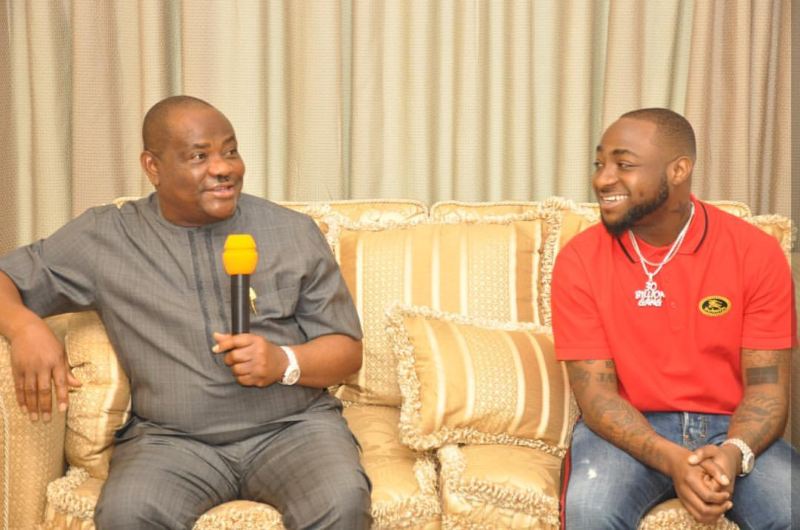 Nigerian pop star Davido is not new to the political circles anymore as he some months back campaigned aggressively for the election of his uncle as Governor of Osun State.

Besides, that the DMW boss is also close pals with the Rivers State Governor Nyesom Wike. The singer is currently in Rivers State to perform at music show tagged ‘Plugged’.

While in the state Davido pledged to support the re-election bid of Governor Wike whom he also referred to as his godfather.

“I am also here to see my godfather, Gov. Wike and to support his second term bid.

“I am planning a talent hunt show in Port Harcourt, one of the lucky artistes will perform at my show in Lagos on Dec. 27,” he said.