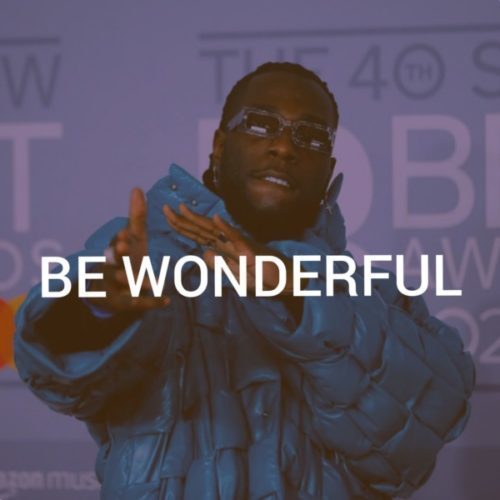 Burna Boy is set to drop a brand new piece of music this Friday and it’s titled ‘Be Wonderful’.

Good news for all the fans of the African Giant Burna Boy, new music is coming on Friday.

A few hours ago the Spaceship Entertainment singer revealed he would be dropping a new song on Friday.

He also revealed the song title as ‘Be Wonderful’. Apparently this would be taken off his forthcoming album ‘Twice As Tall’.

So far Burna Boy has released two songs this year ‘Money Play‘ and ‘Odogwu‘. He was also fantastic on Master KG’s ‘Jerusalema‘ remix.