CDQ in a post on Twitter had noted that the former Super Eagle striker is not their mate, hence the need for Burna Boy and his boys to respect him.

Cutie Juls in his post noted that Burna Boy and his boys confronted Martins at a club and ordered him to prostrate to one of his boys for disrespecting him.

The development, however, did not go down well with Martins who allegedly slapped Burna Boy. 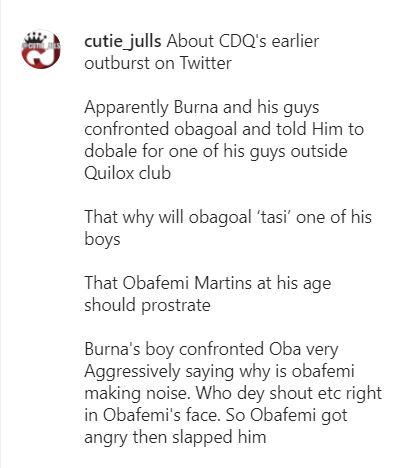