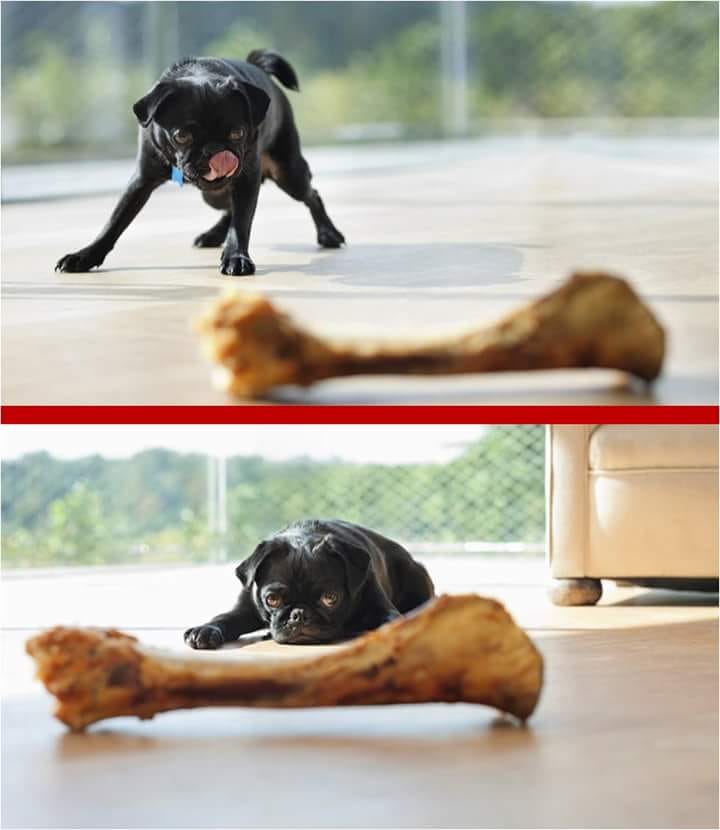 We have all come a long way, haven’t we?

We beat 3 straight quarter rounds to get here.

I would like us to take a good look at the two merged pictures attached below.

Take a moment to study them.

What message do they send across to you?

You see guys, when we all started the year, most of us were like the dog in the first picture.

We were all out for our goals with varying no-nonsense demeanours.

We were pumped to the brim to chase them.

The mere thought of our goals caused us to salivate.

Damn, we were hungry!

The only theme in our heads then was:

But then somewhere down the hallway things happened – strange things.

The tale changed; the track was exchanged.

Somehow, the clock ticked and we got hit!

Today, some of us are like the dog in the second picture

We are fagged out.

The red-hot energy we once had starting out the year is now replaced by ice-cold lethargy.

Once upon a time, we had a sexy list of commitments we swore hand-to-the-chest that we would follow through on.

Today, most of those commitments seem like mannequins – motionless, nothing.

We once held our barrels and got them loaded with enough rounds of various to-dos, ready to pull our triggers, shoot our goals out the park, and blow the smoke out their nozzles in clinical satisfaction.

10 months later, we are now shadows of ourselves.

We don’t even know what’s wrong with us.

Our fire is now iced; our energy has now ebbed; our speed has docked; and we can see so many uncompleted projects littered our lawn.

What used to excite us doesn’t excite us anymore.

Our commitments that used to charge us forward are now burdens – burdens that we wish we could run away from.

Although, from where we are, we can still see the flag of our goals, our aspirations being waved at us but the drive to match towards them seem to have taken a French leave – AWOL.

To where, we still don’t know.

Leaving us to ask the tearing question: