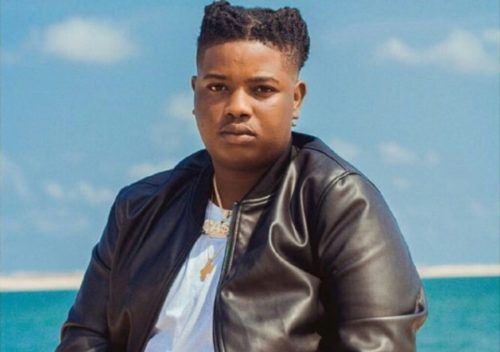 Talented Nigerian singer, Barry Jhay, on Sunday was involved in a fight with his record label boss, Kashy, who has now been reported dead.

There had been reactions on social media over the cause of death of Cash Nation Records Boss, who died the same day he clashed with Barry Jhay.

It was gathered that the deceased was seen outside his apartment in Ghana with reports that he committed suicide by jumping off the balcony.

Source noted that Kashy who was linked with the Economic and Financial Crimes Commission has been suffering from depression and decided to end his life.

However, some claimed that Barry’s boss did not commit suicide, but was killed by some Ghanaian boys because of a certain ‘transactions’.

Barry Jhay on Sunday shared a video online lamenting how his boss and a guy beat him out of the house on Sunday because he was recording them.

The talented singer was spotted in the video with blood in his mouth, he added that he is done with Cash Nation.

See the video below: