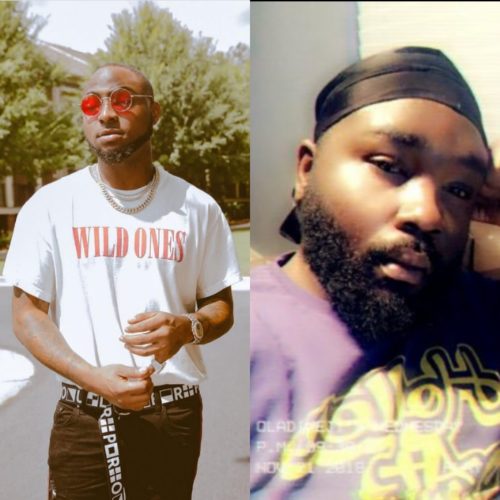 It all began when Ayodeji a blogger and music critic implied that Davido supposedly buy YouTube views to make his ‘Wonder Woman’ video hit a million views on YouTube.

A furious Davido rained curses on him and threaten to jump him if he comes as near as Africa.

Ayodeji has replied to Davido’s threat on his life. The music critic said he has saved the tweet and handed it to his lawyer just in case anything befalls him.

Here are his words.

“My personal opinion is what triggers you , you could have blocked me or said it a better way . You insulted my parents and threatened my life . I have munched this and sent to my lawyers , and also we have the same passport so if anything happens to me ; it’s on you!” 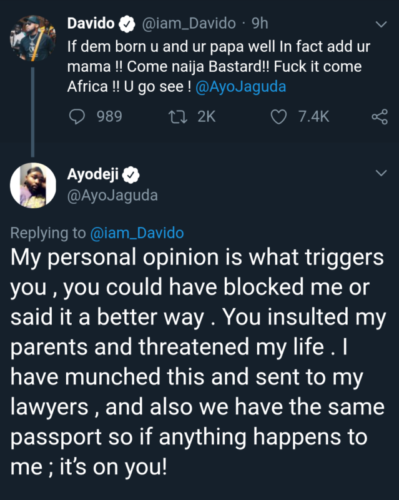