In other news, Afro B’s track “Drogba (Joanna)” with Wizkid has been getting a lot of buzz lately. The buzz has gotten to former Chelsea FC striker Didier Drogba who the song was dubbed after.

An excited Drogba tweeted he would like to work with Afro B and Wizkid. This was after a fan suggested the soccer star was featured in the video for “Drogba (Joanna)” remix.

Since Drogba was ready to work, Wizkid also declared his readiness to work together with the soccer star and Afro B. 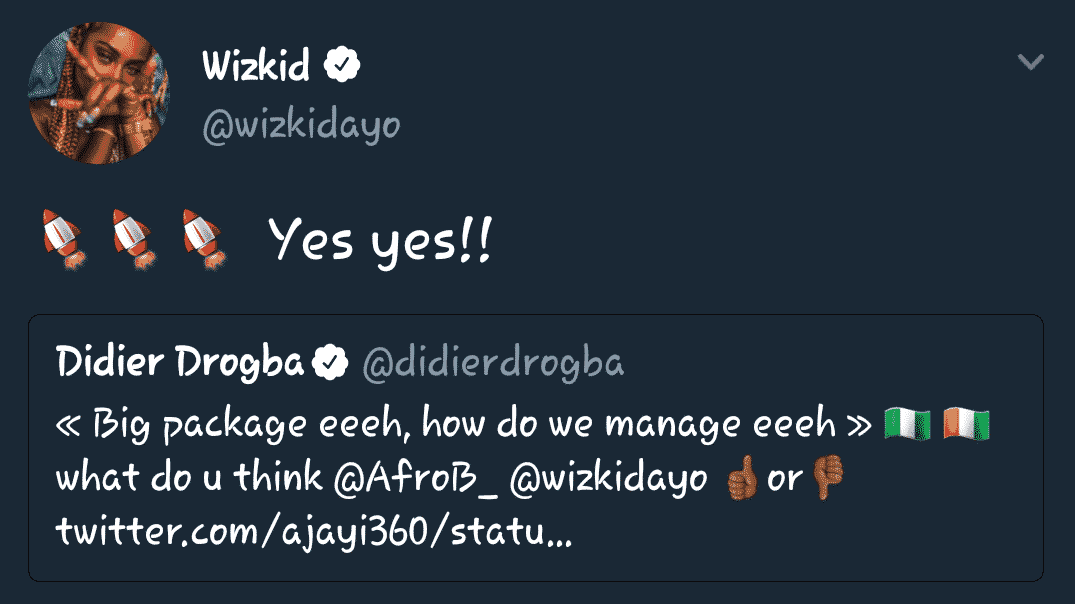