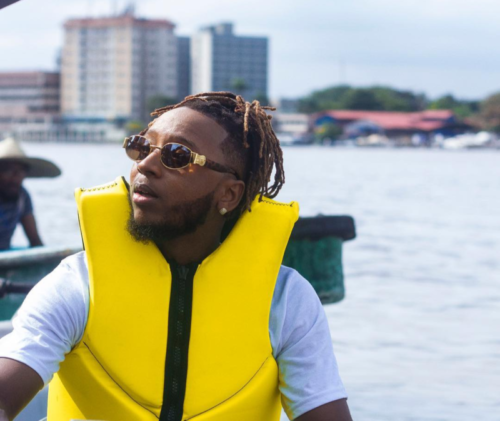 The ‘Shole’ crooner took to Twitter to diss the recent cypher that had Blaqbonez, A-Q and Loose Kaynon on it. He said he was surprised when someone sent him a video of the cypher and he could her some of his lines being recycled.

Although some people are going crazy about the new cypher Yung6ix claims his lines were stolen and recycled and put back into use. The rapper currently does not rate the video as he label’s it as material for jokers. 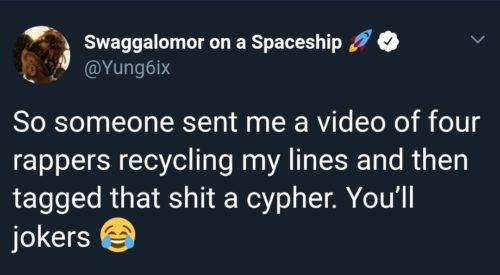