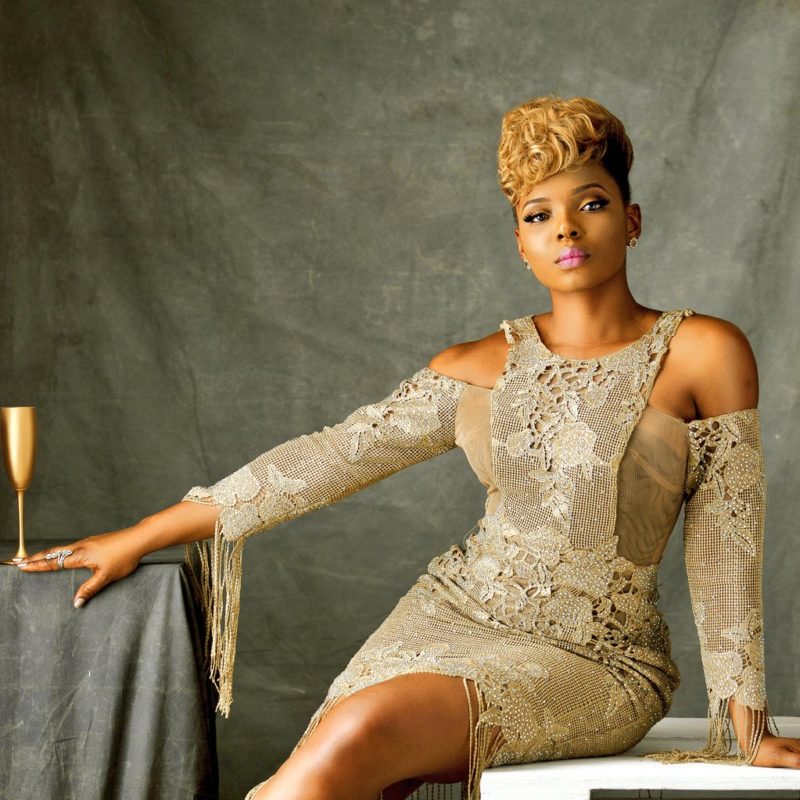 Yemi Alade Net Worth & Biography 2019 – Yemi Eberechi Alade is one of Nigeria’s performing music acts from the female crop who is well acquainted with her onions in the business.

The drive and tenacity she injects towards her passion is nothing short of admirable.

From the steps of peak talent show, she climbed further to lofty heights in music.

She’s comely and yet energetic.

Her smile is enchanting and inviting, why won’t it, when those cheeks resident in her face are always fresh like apples.

Talk of her dance moves, ever mesmeric and adds color to her scintillating videography.

Johnny was a hit from day one and she made lots of bread from it.

She’s an Afropop Singer/songwriter with a classy ambience around her.

She’s put out a lot of hard work into her career which is why she’s probably counting her blessings as you read this.

Her net worth is impressive, she has received lots of laurels in the music industry and she’s yet to raise dusts in her career, making her a royal divaness in a clean sheet.

Below is more things you need to know about Yemi Alade Net Worth and Biography:

Source of Wealth: Music and Entertainment She was born Yemi Eberechi Alade on March 13,1989 to a Yoruba father and an Igbo mother.

She was born in the east (Abia State) before moving to Lagos.

The inter tribal communion that birthed her was the reason her name is a blend of Yoruba-Igbo.

She attended St Saviour British Primary School, then went on to Victory Grammar School in Lagos, before obtaining a degree in Geography at the University of Lagos.

She started off her career as a member of “Noty Spices” a female music group back in 2005.

She went solo on the group after she won the peak talent music competition and became an auspicious music star.

Her debut single “fimisile” was released under “justkiddin” record label.

She would later let off other singles like “Ghen Ghen love” and “Bamboo” which where really fantastic but lacked potentials of breaking through the Rubicon and riding her to success.

The breakthrough song finally came in the last quarter of 2013 when she broke records with her hit single, “Johnny”, produced by Selebobo.

The song became an international smash hit as it dominated music charts in Tanzania, Kenya, Ghana, South Africa, Liberia, Uganda, Zimbabwe, and the United Kingdom, among others.

Although the song was late to the party, it was however listed as one of the best songs of the year even without a videography.

She has had the opportunity of performing in international rostrums with renowned singers like Mary J Blige on the list of performers.

She released her debut album, King of Queens , on 2 October 2014, and then went on a world tour. In 2016, she launched her second successful album titled “Mama Africa”

6 watsup TV Africa Nominations in 2016 for some of her songs and video. Yemi Alade Endorsement and Net Worth

Yemi Alade is a brand Ambassador for ABC hair relaxer and Naira box.

Her Net Worth stands at $4million making her one of the richest females in the music industry of Nigeria.