Wizkid has been making the news lately after his record-making show at the Royal Albert Hall in London which had over 5,000 audiences in attendance.

And just last night, he tweeted his most favorite song for the year 2017, and he choosed Olamide’s Wo!

Even when a fan tries to mention Small Doctor’s Penalty, Wizkid still stood his grounds. See tweets below. 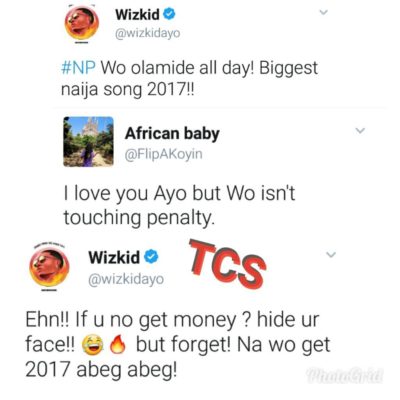