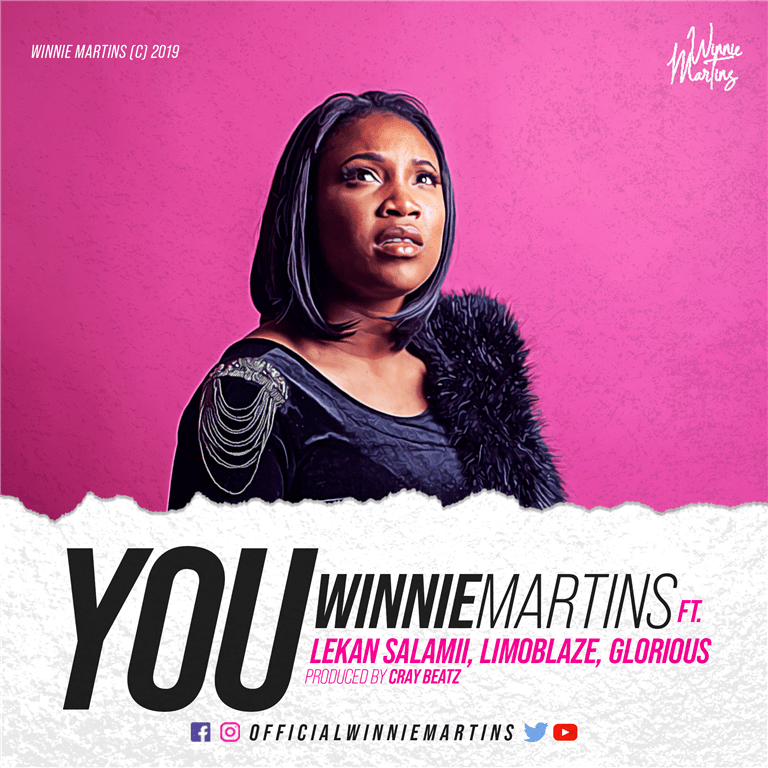 Winnie Martins is definitely making her mark and fulfilling purpose. With a burgeoning Gospel music ministry, aligning perfectly with her pastoral duties, social and humanitarian services combine with a burning passion for the youth, Winnie Martins is well rounded and not leaving any stone unturned on her path.

Winnie Ngozi Ikpeazu popularly known as Winnie Martins is a Gospel singer-songwriter, worship leader and author based in Brussels, Belgium. Her unique sound and urban appeal will hit you in the face at first encounter. This has also caught the attention of many, winning her a Global audience.

The release of her single “Thank You” in 2016 was the first introduction to the music ministry of Winnie Martins, and as earlier mention, this was also the first discovery of her unique sound and urban style. The single, though R&B, is urban, contemporary, with a layer of Pop. Winnie highlighted the fact that her appeal is to the trendy and youthful. This was further strengthened by her subsequent releases.

Though the instrumentation for “Your Grace”, also released in 2016, tilted towards Afro-Pop and Dance Hall, she maintained the urban appeal, even the costumes and props in the video speaks volumes in the regard.
Winnie Martins who has been singing since she was 7 moved to Belgium with her parents in the year 2000, where her mom is a pastor. Winnie sees her music as part of her ministry, and that for obvious reasons. She started her music group, True Worshippers, consisting of 3 girls and 2 guys. She still ministers with her group till date.

In 2018, Winnie came back with a stronger urban appeal statement when she employed the expertise of RoxNation producer SMJ for the release of “Confidence”, adding icing to the cake, she featured urban Gospel music minister Tim Godfrey on the single! The song enjoyed rave reviews and good reception, spreading across various platforms. It is safe to say, “Confidence” also showed Winnie Martins’ mainstream potential which she maintained on the release of “Overdose”, featuring Gospel Dance Hall queen Agent Synpa. Winnie made use of trendy AfroPop vocabularies and slangs, which are parts of the characteristics of Nigerian mainstream music.

“My music is aimed at reaching out to the young people in order to win them to Christ,” Winnie says. “I am trying to make them know that There are good Christian music they can vibe to.”

Quite focused at where her music is headed but Winnie’s passion is multifaceted. Aside her zealousness for youth empowerment, she is also involved in women empowerment and humanitarian work. This year, she organized a food drive, alongside her team, where 500+ refugees were clothed and fed. Also she is in contact with a representative of the UN, concerning the prospect of organizing an awareness program on sex trafficking both in Belgium and Haiti.

As Winnie Martins works on the release of her album, one of her challenge is creating a balance between her fans in Belgium, West Africa and francophone speaking regions as she is steadily creating a huge fan base in these regions.

Nonetheless, Winnie Martins keep blazing a trail for Urban Gospel music as she returns this 2019 with the AfroPop fusion titled “YOU.” She featured Belgium based artiste Lekan Salamii, Glorious and Nigerian Gospel rap sensation LimoBlaze. Produced by Cray Beatz, the single is a profession of belief, eulogizing Jesus and all He means to the singer/songwriter. She has hinted of more contents dropping before the official release of the album.

“I’ve been working on [my music]and working on myself to give you the best of my God-given gifts. Kindly stay tuned!” She said.

Listen to “YOU” featuring Lekan Salamii, Glorious and LimoBlaze below: