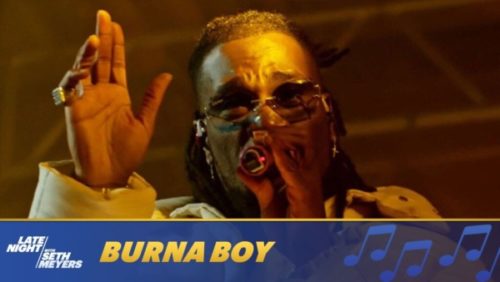 Don’t miss out on this new video of Burna Boy on Late Night Show With Seth Meyers performing his hit song ‘Way Too Big’.

Atlantic Records singer Burna Boy kicked off the year on a high as he performed on the NBC network.

He was the guest artist on Late Night With Seth Meyers and he had the opportunity to perform his song Way Too Big‘ on set.

This episode of the show premiered on Monday, January 4.

Enjoy the video below.