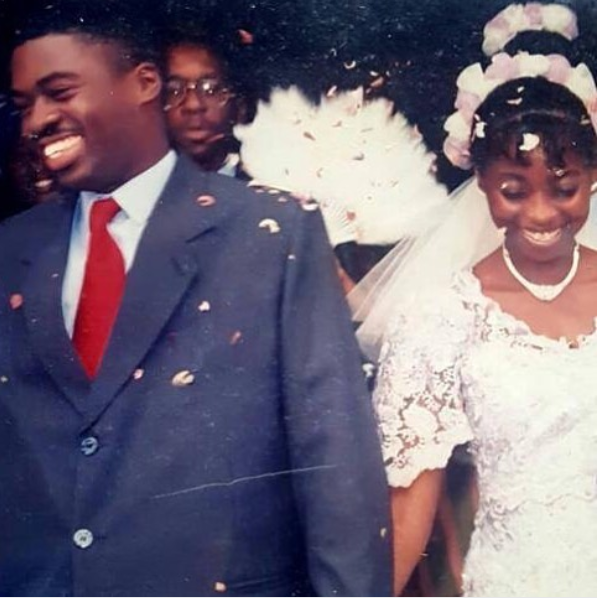 Wale Adenuga Shares Marriage Advice As He Celebrate 21 Years Marriage Anniversary With Wife – Wale Adenuga and his wife Bukola got married 21 years ago. To mark their anniversary, the gospel singer compiled a list of advice for both single and married people.

The eight-point advice is instructive and he shared many things he has learned over the years. 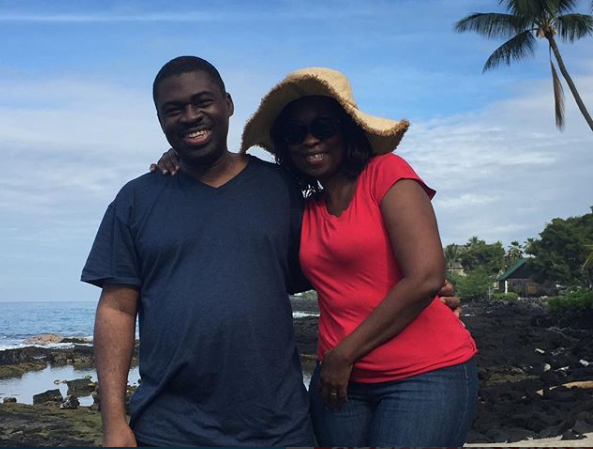 Wale Adenuga said the post would have contained 21 tips, but he didn’t think there was much to say.

To conclude the post, he stated that he will be dropping more pieces of advice in the future. 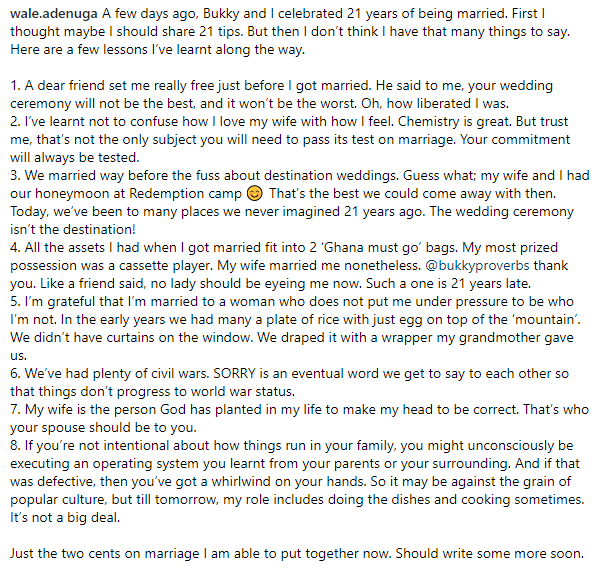