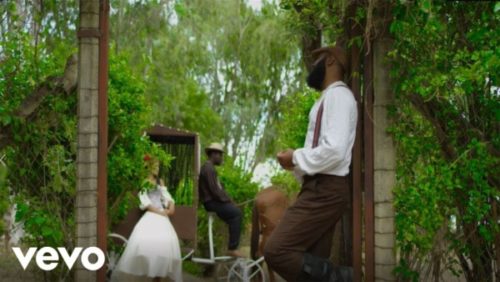 R&B singer Praiz comes through with a new music video for his song ‘Under The Sky’.

Praiz under his new found record label Cicada Music premieres a love-themed music video reminiscent of the 19th century. The visuals tells the story of love in the hardest of situations.

It was directed by Toka McBaror.

Watch, enjoy Praiz – ‘Under The Sky’ video below.