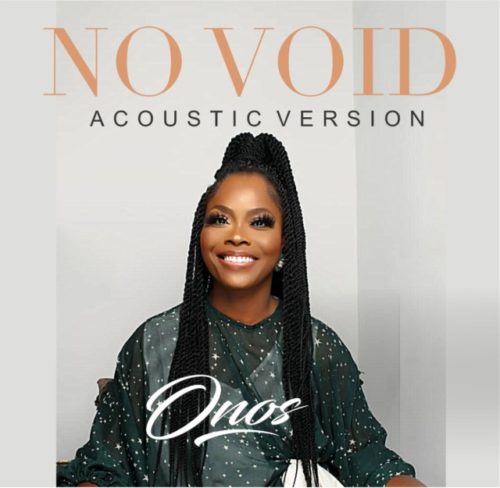 Check out this brand new video coming from Onos – “No Void (Acoustic Version)” out now.

One of the household names in the Nigeria gospel music industry and the international scene, Onos, has released a beautiful visual for her recent single titled, “No Void (Acoustic Version)”.

Naija Music had earlier shared that Onos released the acoustic version of her song “No Void”, which was first dished out in 2020

“No Void” has been identified as an anthem for some people who reach out to the heavenly through the amazing piece.

The audio was produced by Olaitan Dada, while the visual was directed by Frizzle & Bizzle Films.