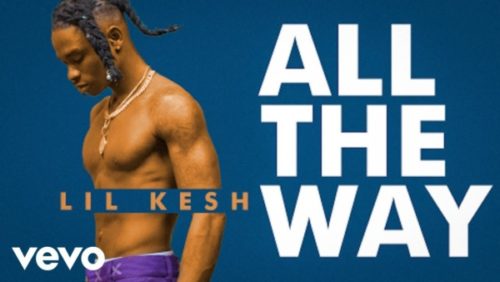 Straight from YAGI Records is the official music for ‘All The Way‘ from Lil Kesh.

Soon after returning from his Haiti’s, Lil Kesh thrills fans with an energetic music video for his new single. The indigenous rapper and singer promises fans an album which would come very much later in the year.

The music video was directed by TG Omori.

Watch and enjoy Lil Kesh – ‘All The Way’ below.