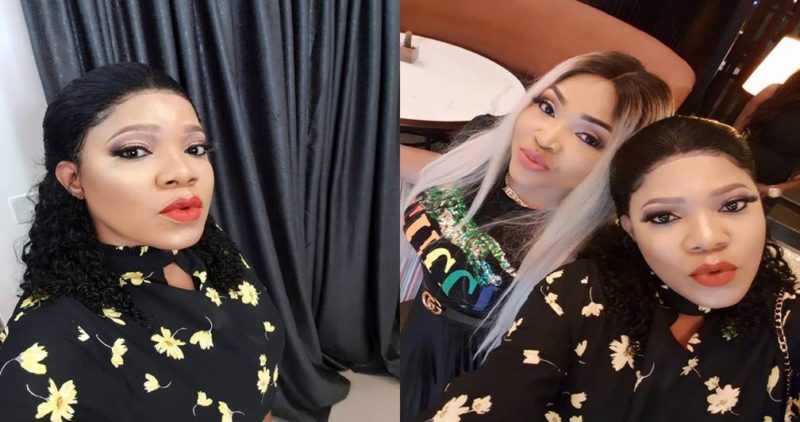 At the pre-birthday dinner of Nigerian cross-dresser, Bobrisky, over the weekend the two rivaled actresses were spotted smiling at each other and taking pictures.

The ladies sat together and took selfies just to prove to their fans that there was no longer any dispute. 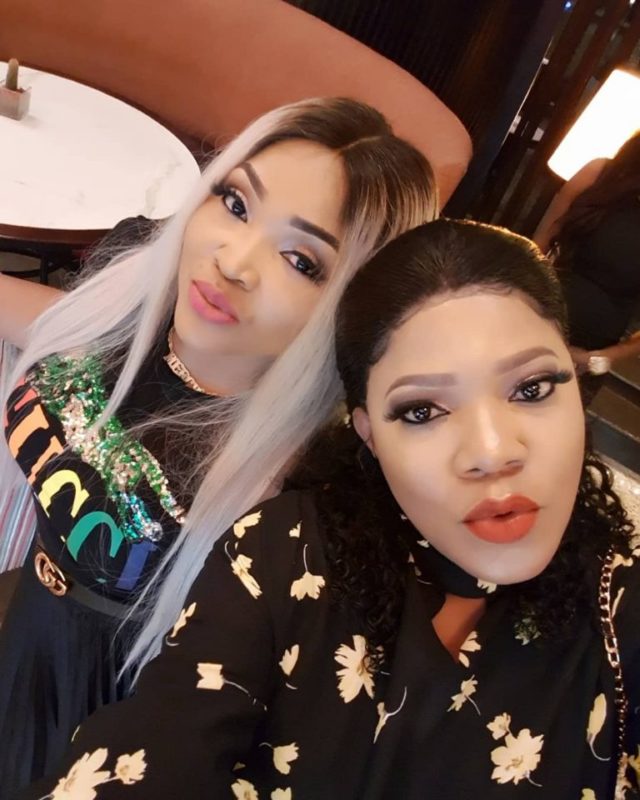 Going back a few weeks, their fight caught the attention of many after they took it to Instagram.

Though Toyin Abraham claimed that it was a publicity stunt, after a while, the altercation led to the split of some actors who took sides (Yomi Fabiyi and Kemi Afolabi) and later led to the two actresses unfollowing each other.