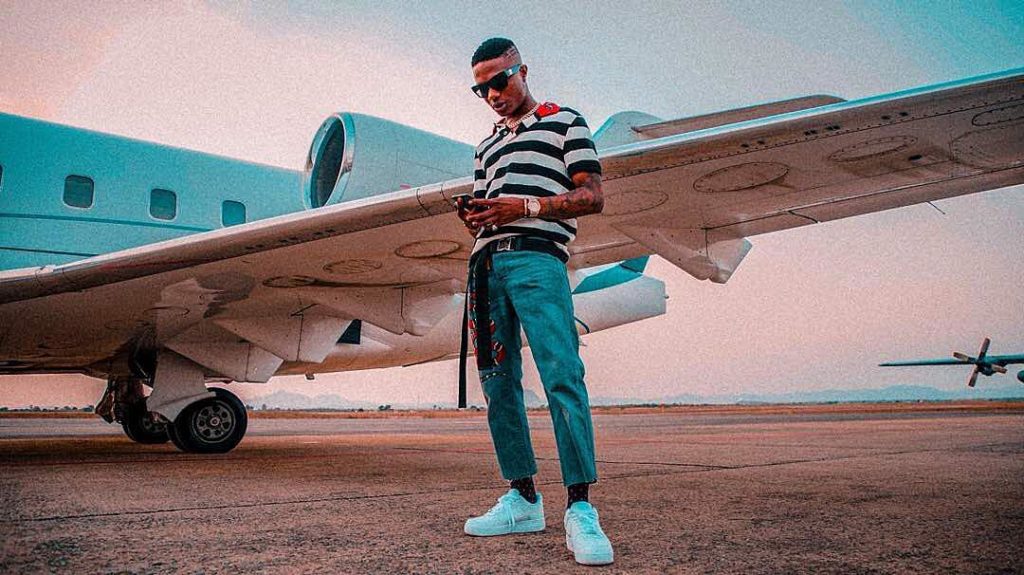 Here’s top 5 Wizkid songs with the highest views on YouTube. Wizkid is the biggest and the well-known artiste in Africa at the moment.

He has been able to master his craft with persistence and consistency.

Now he has become a star in the international scene with many musical collaborations with foreign artistes.

He never allowed his background to put his back on the ground, from Ojuelegba star to the International star that he has become.

Wizkid has never allowed where he is to get into his brain.

This dude deserves some accolades.

This artiste is being known for his uniqueness and Originality based on his afro sound that has made him stand out among other artistes we have in Nigeria.

We will be taking a look at five Wizkid songs that have the highest views on YouTube.

The song Come Closer is a song by Nigeria Artiste Wizkid, which feature the Canadian rapper and singer Drake.

Wizkid released the song as his third single from his third studio album.

Which is being titled “Sounds from the Other Side”.

The single was a hit and it made number 58 on the United Kingdom Singles Chart.

This gave Wizkid his first charting single as a lead artist. Apart from the UK debut, it also made number 54 on the Canadian Hot 100.

This coincide with the same time Wizkid and Drake did “One Dance” in the year 2016, which peaked at number one on the US Billboard Hot 100 as well as the UK Singles Chart and the Canadian Hot 100.

The video of the song is still getting more viewers.

The music was produced by Sarz and the Video was shot by Daps.

This song was released from his second album ‘Ayo’ in the year 2014.

Ojuelegba is an area in Lagos Mainland.

He was trying to convey a message about his struggle and hustle how he moved about looking for a way to pursue his dream.

He made several airplays in most radio stations in Nigeria and also debut as Number 1 on Afro chart for February.

Ojuelegba was ranked number 12 on the list of the 107 Best Songs of 2015 that was being compiled by The Fader magazine.

The music video of the song was directed by Clarence Peters and it was uploaded on YouTube on January 5, 2015.

The video was shot in Lagos and it has a simple concept of a bus conductor signaling passengers to board his vehicle so that they can head to Ojuelegba.

The whole plot in the video is just to depict the lifestyle in Ojuelegba and also the highpoints of Wizkid’s Journey from nobody to somebody.

Many people will wonder how this simple video became the number 3 Wizkid’s Most Viewed Song on YouTube.

Wizkid said something about Ojuelegba in the interview he had with Beat1 recently.

He revealed that Ojuelegba is as busy as New York city where you can get virtually everything you are looking for.

A city that is characterized by hustle and bustle.

Most people can relate to this song ‘Ojuelegba’ because almost all people living in Lagos have been to Ojuelegba.

The video for Ojuelegba video was uploaded on YouTube on the 5th of January 2015.

The Song “Caro’’ was a hit when it was released.

The lyrics of the song is so simple that people can sing along, the rhythm of the song was afro beat funkified and the video was awesome.

The song was released on August 20th, 2017 featuring L.A.X and produced by Legendary Beatz.

It was released at the first recording that was done by Wizkid’s label Starboy Entertainment.

The song became a bonus on Wizkid’s album.

The video was shot in the United Kingdom and was directed by the veteran video director Moe Musa.

Baba Nla was also a hit when it came out.

The theme of the song tells the reward of Wizkid hustle which have a lot of classic girls and money in the video.

For Wizkid, he has worked very hard, he wants the world to let him eat all the fruit of his labour in peace and rest of mind.

He made us know how his songs have been making waves in radio stations, club and in the international scene.

He also gloated how he can possess any girl that he admires for several purposes based on the facts he can meet their demands.

With all these in place, he labels himself a Baba Nla in his own right.

The music was produced by Wizkid’s in-house producer known as Legendary Beatz and the video was shot by Sesan.

This song is different from all other songs that Wizkid has done with Mutay and Efya giving background vocals.

The song is another banger for clubs and streets.

It is a simple song that is very easy to learn when it is being like four to five times.

You just have to listen to it and give a reply to the rhythm.

You just have to be a student when listening to the song.

The song is the fifth Wizkid’s song with the highest views on YouTube.

The video has different girls showing their dancing skills.

He also uses this song to reminds us of the fact that even though his name ‘Wizkid’ represents a boy and kid, he is now a proud father, not just to his kids, but also to the ladies out there.