Search
By Dre Pompey on May 29, 2018 Music
ShareTweetShareTelegram 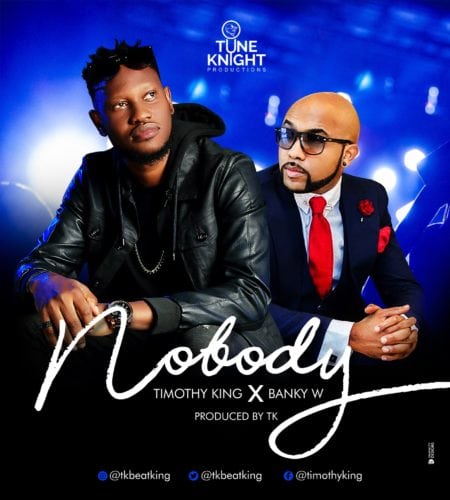 Timothy King aka TK, although a recording artist himself, is arguably one of the most well known producers in Africa alongside his loving manager who is also a pilot Captain Enoch .H. Danbaba also known as @mcee_lightpr. In less than no time, the genius producer has alternate the way Nigerians listen to music & transformed the music industry.

He established the Tune Knights Productions Company as an avenue to put his music and work to his fans, like the Big Brother Payport commercial song & still works with the Empire Mates Entertainment (EME) Record label with Banky W, as the in house producer while his astonishing work continued to grow & was becoming more successful.

Born in Kaduna State, to the Kings’ family, he then relocated to Lagos several years ago. It was from his friends he first acquired the nickname, TK, not just only his looks but style as well. Although he followed a conventional educational path, he very quickly developed a passion for music. After being inspired by the likes of Michael Jackson, Usher Raymond, Boyz II Men, Brandy, Joe, Pharrell Williams, Timothy “Timberland” Mosley, Rodney “Darkchild” Jerkins, just to name a few, he went on to start experimenting with various instruments at a tender age, a trait that was to become the hallmark of his later career.

Listen and download Timothy King – Nobody ft. Banky W  below,