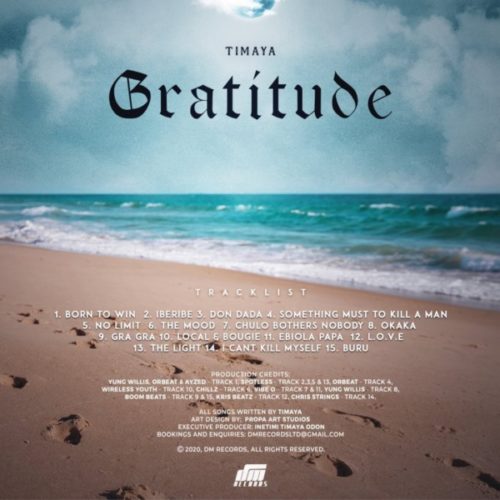 The official tracklist for Timaya’s forthcoming album ‘Gratitude’ is out.

The DM Records boss Timaya had earlier announced he would be dropping a new album in 2020. That announcement is valid has the ‘Balance’ crooner has revealed his album tracklist.

The ‘Gratitude’ album by Timaya comes after his last body of work ‘Chulo Vibes’.

‘Gratitude’ would have 15 new songs on the album including earlier releases like ‘Born To Won’t and ‘Gra Gra’ which Timaya postponed.

For the forthcoming album, the dancehall star worked with a couple of music producers including, Yung Willis, Orbeat, Krizbeatz, Spotless etc.

An official release date for the album has not been announced but hopefully next month.