It’s in the news that Runtown has been banned from entering the United States. The news seem to have offended Timaya who is close pals with Runtown.

The DM Records honcho took to Instablog9ja as he commented on the news. He wrote, “When u Big dem try to pull u down. Dem too small. @runtown shine on bro… STOOPID”.

A comment which drew Runtown’s attention and he replied ‘God pass them Baba’.

It was reported that Runtown was denied visa and entrance to the US after Eric Many tipped the US citizenship agency his brothers were still in the state with expired visa.

Read the exchange below. 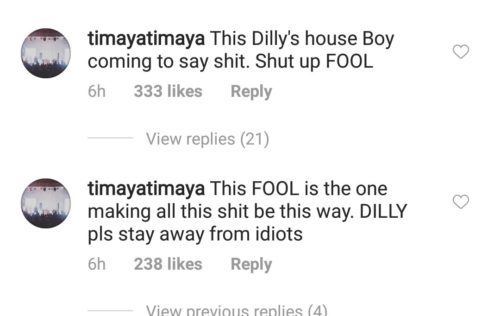