Search
By Dre Pompey on May 16, 2019 Music
ShareTweetShareTelegram 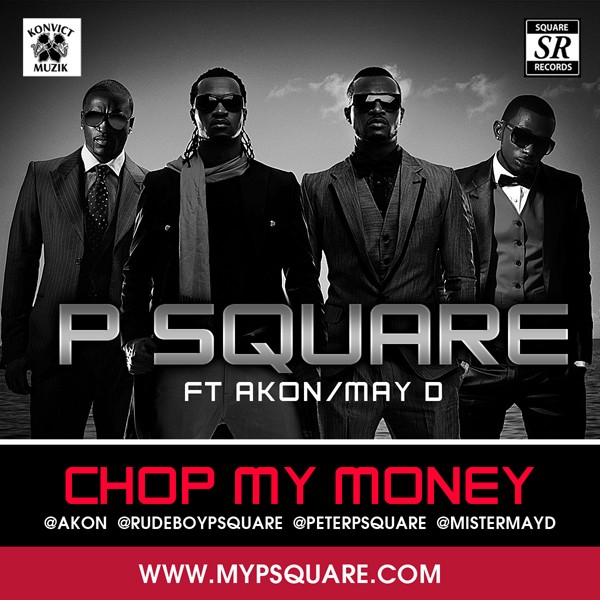 Our today ThrowBack Thursday Music goes to P Square ft Akon & May D – Chop My Money (remix) which was released on February 23, 2012.

The song was the second single from their fifth studio album The Invasion (2011).

It features vocals from Akon and May D. Upon its release, the song was met with positive reviews.

The music video was directed by Jude Engees Okoye and Ben Marc.

The video to this song has earn over 34 million views on Youtube.

The song was made shortly after signing a deal with Akon’s Konvict Muzik.