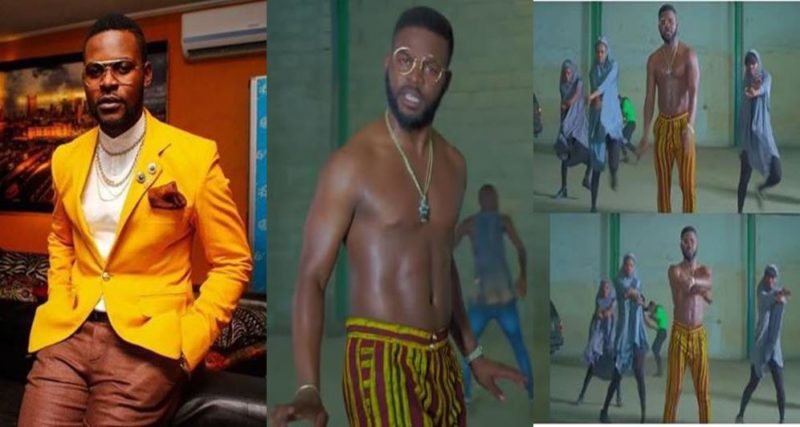 Nigerian rapper Falz has not only reacted to the ban placed on his hit song ‘This Is Nigeria’. The Bahd Guyz Records boss has made up his mind to sue NBC for placing a ban on the song.

Falz while speaking to Saturday Beats said that the ban was nothing less than ridiculous and baseless and there is nothing vulgar about the song lyrics. He said the following;

There is absolutely nothing vulgar about the song and I think it is ridiculous that the Nigerian Broadcast Commission singled out the least vulgar line in the song and ascribed it to be the reason they banned the song. It is a very simple and clean song. The only thing is that I was very blunt about the way I talk about things. I do not know maybe some messages in the song hit them and that is the real reason they banned the song. The line was, ‘This is Nigeria, look how we living now. Everybody be criminal.’ If they ban this song, then I do not understand them because that song is definitely not a vulgar song.

The multiple award-winning rapper and actor said he was going to seek an explanation to why his song was banned. Falz also said he would sue NBC if no cogent reasons were given.

I do not know if the fact that some group wanted me to retract the song is linked with this new development but I know that there were a lot of messages in the song and it is hitting a lot of people in the wrong places and that is what is making them react in that manner. However, there was absolutely no basis for the NBC to ban that song. I am going to have to write to them through my lawyers to find out what is really going on. When I find out the reason behind the ban, I could ask them to lift it if need be and if they do not adhere to my request, I might have to seek legal redress,” he said.