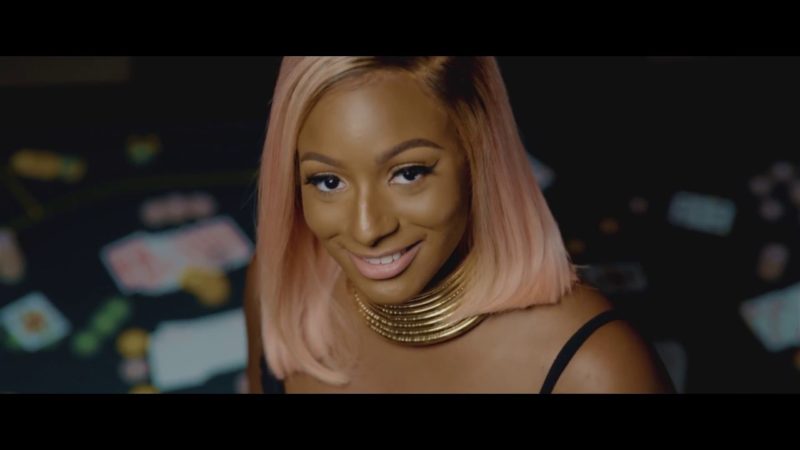 ‘I stopped being a Feminist because I don’t like Hypocrites’ – DJ Cuppy – The popular female DJ has given her candid opinion on the trending topic of feminism.

The popular disc jockey and daughter of Femi Otedola, said in a recent interview that she isn’t a feminist any time longer and would not come out as one.

DJ Cuppy said the following in her interview at City FM Lagos, while trying to promote her song ‘Currency’ with L.A.X. she said she used to be a feminist but stopped backing the idea because she don’t really understand it and she wouldn’t want to pretend she knows about what it stands for.

Watch her speak below;

Please the rest of you should follow suit and stop being a hypocrite ?

Some folks also reacted to her latest statement on Twitter in the following way.

I hope dj cuppy knows that Nigerian men think she's the wackiest dj out there and that things are just happening for her because of her father???just incase nobody has told her…

DJ cuppy couldn't have said it any better.. instead of focusing your energy on trying to change how men think, channel that energy into working on yourself and making yourself better. ??‍♀️

I dnt know why ppl are pissed at DJ CUPPY. She said its her opinion n everyone is entitled to their opinions. She didn't say you have to agree.

Besides, those feminist haven't referred anything wrong from what she said, instead you go ahead insulting her.

that interview makes it very clear dj cuppy’s perception of feminism is extremely male-centered & skewed by class privilege. she doesn’t want to understand the significance of feminism because she doesn’t have to. she’s too busy amassing wealth ?