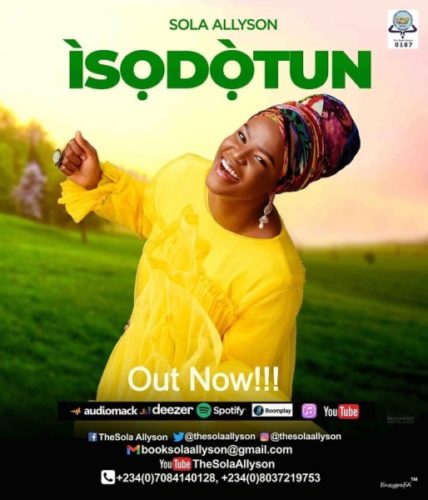 Check out this new project of music coming from Sola Allyson – Isodotun (Album) out now.

Sola Allyson, who is known for her popular love songs, and soundtrack in Nigerian movies has released her 9th studio album dubbed, “Isodotun”.

The melodious album houses, 9 track with its total number of minute standing at 75 minutes which is not much for 9 songs.

“Isodotun” happens to be her first project for the new year with more to come from the consistent and award-winning songwriter and vocal coach.

See the tracklist of “Isodotun” album below: