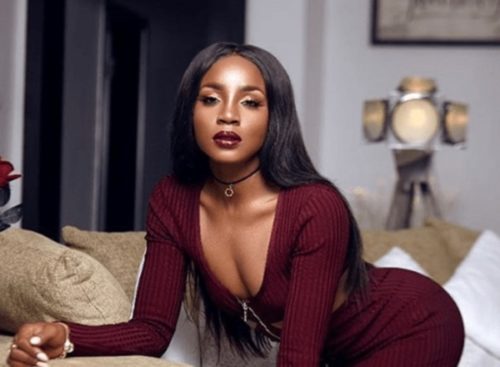 Nigerian Singer and actress, Seyi Shay received has received the fiery wrath of the Nigerian Twitter community for criticizing a Nigerian Idol Contestant.

The singer had lambasted a 17-year-old contestant during the auditions of the talent hunt show on Sunday 28, March 29, 2021 but that was completely normal except the for the fact that she added that the youngster will never make money from music.

The statement who broke down the young contestant emotionally, triggered Nigerians to drag Seyi Shay on Twitter and dig up some of her embarrassing past in music.

She trended at the number 1 spot on twitter as Nigerians even slaughtered her the more by saying she is an upcoming artist.

Seyi Shay is one of the judges at the ongoing Nigerian Idol Talent Hunt Show alongside Obi Asika and DJ Sose.

Watch the viral below and reactions trailing it on twitter.

Imagine Seyi Shay telling a 17 year old with good voice, who has passion for singing that “YOU ARE NEVER GOING TO MAKE MONEY BEING A SINGER”. Cos you’re God abi?pic.twitter.com/QZsBVNWutG