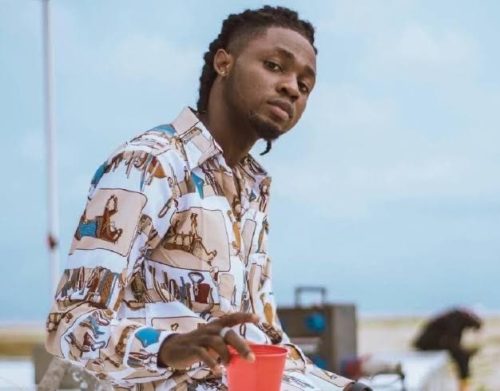 Nigeria’s Next Rated Star and Sensational singer, Omah Lay has revealed what he will do on his first concert.

The singer has vowed to jump into the crowd when he performs on his very first concert which will be held live.

The “Godly” crooner said he was going to throw caution to the wind and dive into the crowd and if he’s going to die then let it be.

Due to the corona virus pandemic, public shows have been banned and virtual shows have been the trend of late. Most of the anticipated shows within and around the country have been placed on hold or held virtually, like the popular Headies Award which saw Omah Lay bag the Next Rated Award.

Even the Grammy Awards was held virtually, but it appears the singer can’t wait for normalcy to return and jump into the crowd.

In his words: “On God!! When the world opens up again, my first concert I’m gonna jump in the crowd, if I die I die”

On God!! When the world opens up again, my first concert I’m gonna jump in the crowd, if I die I die pic.twitter.com/tZH0gKB3Ks