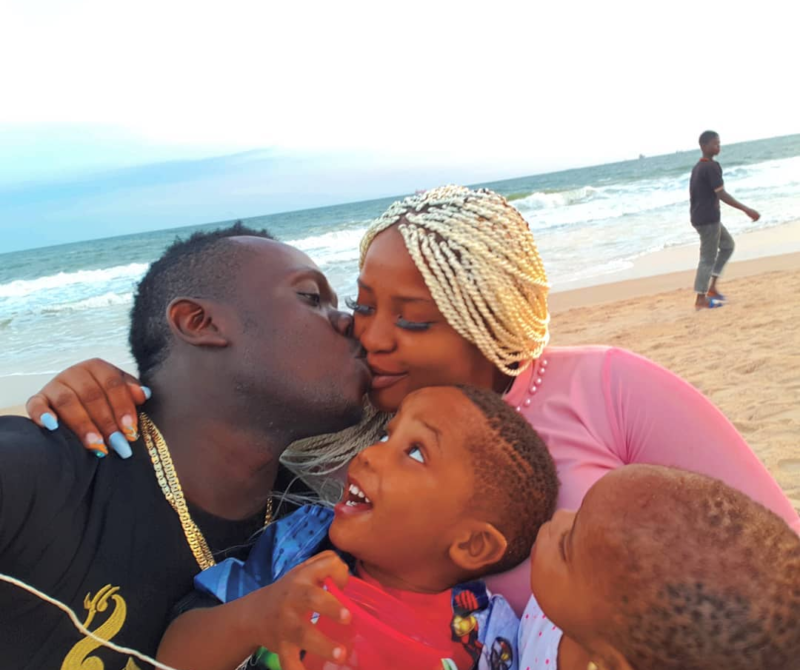 In a rather disappointing news, the ‘Fake Love’ crooner has been accused of wife battery. He was called out by friends of his wife Vivien. The incident allegedly occurred last Saturday just after Duncan wrapped up a video shoot with Davido after which he left Port Harcourt in company of the DMW boss.

Friends of Vivien had to put the incriminating photos on the internet as that was not the first time the singer manhandled his wife. Duncan was said to have tendered to apology or showed signed of remorse after the condemnable act.

Colleagues of Duncan Mighty’s wife, call him out over domestic violence . . Some classmates of Vivien Nwakanwa Mighty, the wife of Nigerian musician, Duncan Mighty, have released pictures of her battered face, after an alleged domestic violence incident on Saturday. . . According to the friends who are furious with the singer, this isn’t the first case of abuse by the Duncan. The latest one was said to have happened, shortly, after the singer finished a video shoot with Davido, in Port Harcourt, Rivers State, on Saturday. . . The cause of the attack wasn’t stated, but a friend claimed Duncan flew down to Lagos, shortly after the attack and hasn’t shown any sign of remorse since. . . He was said to have called Vivien, this morning, to tell her that she shouldn’t have shared the picture of her face with her friends, as it can dent his image.