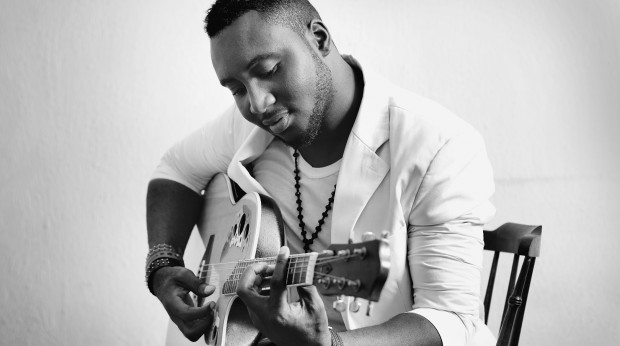 Popular Nigerian singer Djinee suffered a ghastly motor accident about a month ago. His car was damaged beyond repairs as he was rushed to the hospital after sustaining serious injuries.

As reported by the ‘Ego’ singer, the PoP wrapped around his leg has been taken off. He also revealed in his health update that he would soon begin his physiotherapy which would help him learn to walk again without having to use clutches.

He also said he has been able to see again with his left eye as well as take a piss naturally.