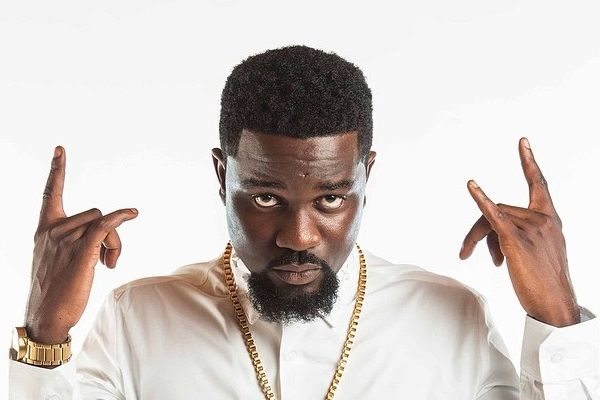 Ghanaian rapper, Sarkodie was disrespected at One Africa Music Fest in Dubai. He tweeted about not been able to perform at the festival in Dubai. A twitter user, @SHOLA_YPT then tell us what lead to his inability to perform.

According to @SHOLA_YPT, the rapper could not perform at the event, because the organizers of the event replaced him with Davido. From the tweets of @SHOLA_YPT, Sarkodie was been called upon by the host, Banky W ; only for another information passed to him to introduce Davido instead. This was change due to time and left Sarkodie “disrepected.” 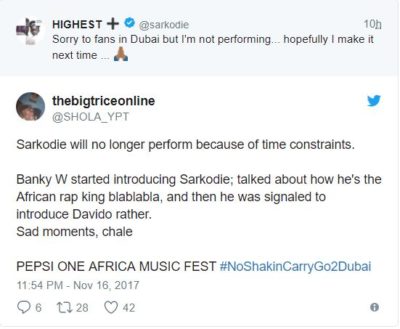 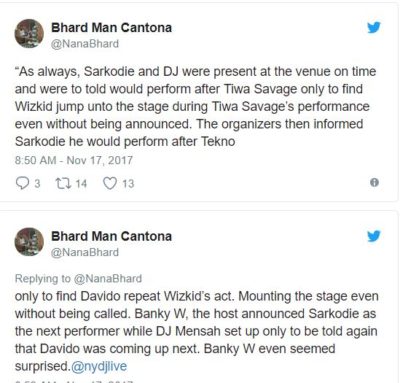