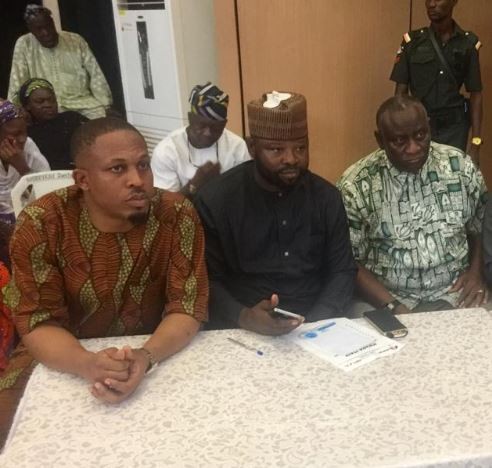 Naeto C may just have ventured into politics has he was seen during PDP primaries in Kwara State.

The ’10/10′ crooner was nominated by the PDP headquarters as member of the Kwara State gubernatorial primaries committee. The screening exercise which Naeto C was part of was held at Kwara Hotel, Ilorin, Kwara State.

Although it may come as a surprise Naeto C has a political background from his mother Kema Chikwe who was a former Nigerian Federal Minister of Aviation, who also held the position of National Women Leader of the PDP for many years.