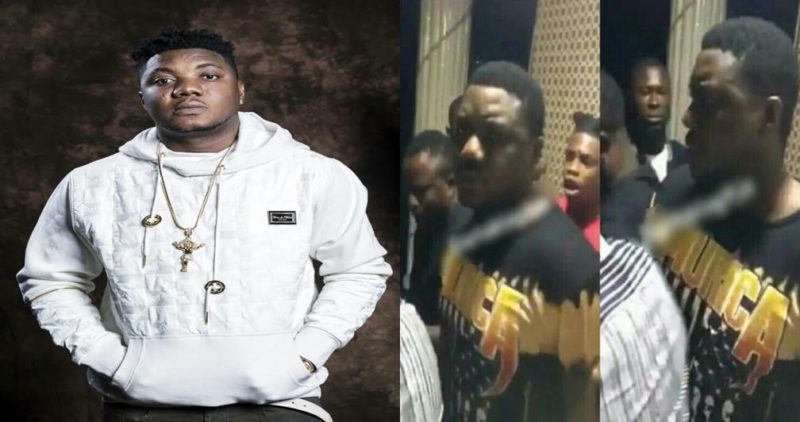 Nigerian rapper, CDQ has responded to a video going around showing him fighting after his chain was allegedly stolen. The video was originally published by a popular Instagram blog with a caption that talks of how the rapper, who prides in how much knowledge of the streets he has, lost his street credibility after the jewelry was stolen.

Responding to the video, CDQ Wrote:

”I don’t know who’s behind dis blog but whoever d person be… he/she na baby goat � with ur caption “Street Credibility Lost like say ur papa dey dia when e happen � if na u and ur papa or some other people dey dis situation e sure me die say u go don take-off for ur life � FYI: If u look tru d video very well, I never panicked despite d fact they’re armed… I stood/fought to get my chain back right there… Anybody can get jumped anytime… just pray u don’t get unexpected occurrences at unexpected places…

I do not have anything against the crowd as a matter of fact but the management of the hotel cos they told us that’s one of the most prestigious hotel in Ado-Ekiti… You don’t expect Artistes to always walk around hotels for example strolling @ Intercontinental Hotel Lagos premises with armed Securities… These are people that saw me walking to my hotel room and all came for pictures… How would I have known that hoodlums that’ll be attracted to stealing my chains would be among them… Anyways thanks to the ones wey collect one or two that same night �� I got my chains back � asé lon panic.”