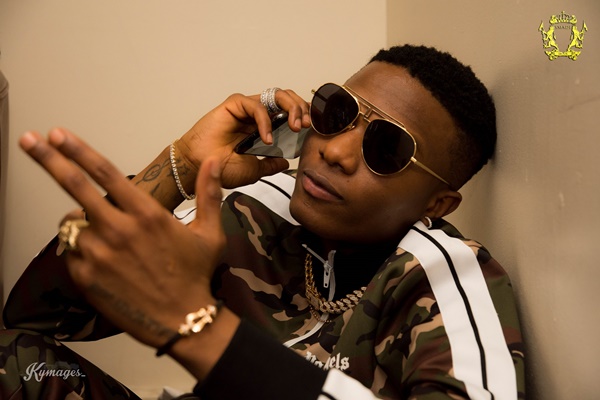 #PrayForNigeria: Wizkid, Olamide, Don Jazzy Respond To Lagos Fire Accident! The news about the fire mishap that occurred on the Otedola Bridge yesterday; has evoked responses from Nigerians, including superstars like Wizkid, Don Jazzy and Olamide.

The mishap is one of the numerous occurrences, as of late, that has caused the loss of a few Nigerian lives. The Plateau killings which happened just days ago, the demise of the 13 months old child of D’banj and the loss of lives in the fire mishap of yesterday has tossed the nation into a grieving state. These passings have incited the call for intervention for the benefit of the country in a #PrayForNigeria crusade, which has the likes of Davido and Runtown loaned their voices to.

Wizkid has likewise responded to the dismal event in an Instagram post with which he communicated his lament and asked his devotees to get their Permanent Voter’s Card (PVC) and impact the required change in government. The subtitle of his post read, “Prayers Up this morning for my Country Nigeria!! My heart?????? #OpenYourEyes #VoteWisely #GetYourPVC“

So also, Olamide also made an Instagram to post about the ongoing loss of lives in the fire mishap. The YBNL man shared a photo demonstrating wrapped-up bodies at the scene of the fire mishap and he connected a heart-break emoji to express his sadness.

Mavin Records CEO, Don Jazzy seemed to comprehend the purpose behind the series of lamentable occasions that the country has seen lately and asked what the next stage for the nation is. He stated, “GOD is not happy with us as a country and we know why. What do we do now?“