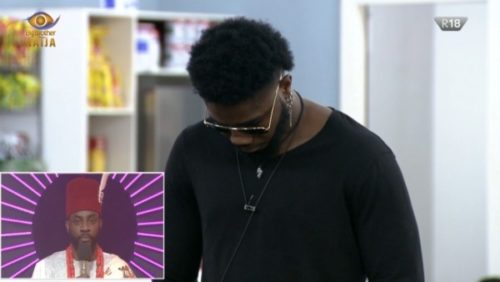 BBNaija Lockdown housemate Praise has been evicted from the reality TV show.

Once again Ebuka hosted the live show and as usual it was time for eviction.

The bottom four housemates were Praise, Vee, Wathoni and TrikyTee as they had the least number of votes last week after the fans voted.

As is the style the housemates nominated 2 persons they would want out of the house. It happens Praise had the most nominations and was kicked out of the show.

His eviction comes a week after Kaisha was evicted.