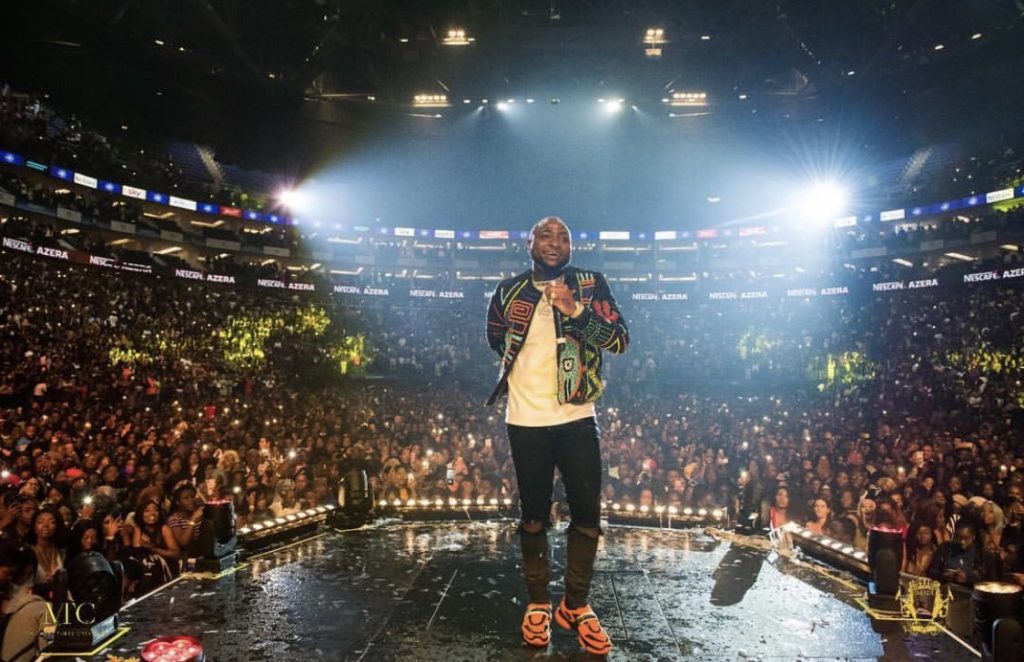 Sometime last year, when this R.Kelly issue was brewing, I visited my man Washington in Lagos, and we jaw-jawed about this R.Kelly situation, and separating the art from the artiste.

I cannot reproduce the finer points of our arguments here, but he seemed to agree that for him, the art is the primary thing.

He cannot and would not stop listening to R.Kelly’s music (the ones he enjoys), merely because its been revealed that he’s a (sorry for lack of a better word) degenerate.

I went on to probe about whether he doesn’t feel Kells should be accountable for his misdeeds, and I think we ended on the note about some issues, especially art, not being adjudged through the prism of right and wrong.

So when controversy courts him, takes over and overwhelms his entire life and career, where does that leave the fan?

The loyal and patient listeners who’ve been ardent through the years.

READ ALSO: How to Become a Successful Musician in Nigeria (MUST READ)

Do you jump ship and denounce his perverted lifestyle while still listening to the music?

Wouldn’t that be hypocritical and duplicitous?

Or you’re like, I was here for the music so I don’t care what he does in real life, but again, wouldn’t that be a convenient way of justifying your own self-interests without thinking about society and the people whom the actions of your favorite celebrity affects?

There lies the dilemma.

This R.Kelly issue is as polar and divisive as Trump building a wall.

Let us mirror this through the actions of other celebrities.

#LiamNeeson recently stated in an interview that he once felt like killing niggers because his friend was once rap#d by a black man.

Social media went nuts and called him raci#t and blacklisted him. But before now, Liam Neeson has been a beloved actor.

We all liked his revenge-themed movies.

So should we now avoid watching Liam Neeson movies because we have discovered a dark side of him?

Bill Cosby for instance, convicted for serial s*xual abu$e of women, but was once upon a time, America’s beloved granddad.

For those who grew up watching the Cosby Show, and still love that show, do they stop watching because he’s been found out to have drugged and taken advantage of the women he worked with? Does his conduct cancel his art?

How about Michael Jackson?

How about Harvey Weinstein?

Just as some musicians have chosen to speak against R.Kelly and withdrawn their music with him (Celine Dion, Lady Gaga, Chance The Rapper), others have treaded the path of caution and offered sympathy to victims and the abused (Erykah Badu, Jay Z, Mary J. Blige).

I can understand those who have previously worked with Kelly choosing to tread the path of caution because music is not only entertainment, but art.

It is the ‘bread’ and what puts food on the table. For instance, Jay had a collaboration album with R.Kelly (The Best of Both Worlds), do we honestly expect Jay to withdraw their (art) album from streaming services and all sales platforms because of controversy with the (artiste) Kells?

Again, the only likely course for Jay would be to not perform any records from the album publicly (which I doubt he even does). That can be understandable.

I remember in the wake of the Harvey Weinstein issue, Lana Del Rey said she was retiring the public performance of her song “Cola” (from the “Born To Die” album) which contains the notorious opening line “My pu$$y tastes like pepsi cola”, a song, reportedly inspired by Harvey Weinstein whose name is somewhere mentioned in the lyrics.

I can agree with that.

What I cannot agree with, however, is where streaming services such as Apple Music and Spotify took down R.Kelly’s entire music catalogue because of the MuteR.Kelly campaign.

No. That’s like burying his art which was built on his sweat and bloold.

Which brings me back to the topic…

Should his art suffer for his actions?

In other words, should the art (music) suffer because of the artiste’s indiscretions?

And these are my reasons.

I have a drive filled with R.Kelly Music.

The gospel album “You Saved Me” was once sung in Nigerian churches, I know how frosh “I Believe I Can Fly” was, back in ‘97/98.

I can’t stop listening to the music, music which gave us joy at a point in time (Step In The Name Of Love, I Wish, Happy People, Gotham City, The World’s Greatest), because he’s now a black sheep.

And that stuff with Aaliyah from way back?

There’s something Erykah Badu once said on “Tyrone”, she said “Keep in mind that I’m an artiste, and I’m sensitive about my shit”.

I guess that’s why the music industry came out and denounced Spotify and Apple Music’s taking down of his music.

Artistes are creatives, and like all creative artsy-fartsy types, they are sensitive about their ‘babies’.

But assuming we want to be moralistic in measuring the listener’s tastes in conduct versus art, why is it that in the midst of the allegations against R.Kelly, there has rather been an unprecedented spike in his music sales on streaming services?

Is it that the MuteR.Kelly campaign has rather created a reverse demand in his music?

R.Kelly is blatantly unrepentant about his conduct.

That is not for me to judge.

As a human, I denounce his action.

But that won’t stop me from listening to his music.

Many of us do.

However, I now examine his music with critical lens.

READ ALSO: How to Get Signed by a Record Label (Comprehensive Guide)

Most of his fans have him on their playlists, especially when they want to “get it on”, or “get in tune with their base self”.

Now, whenever I hear ‘Bump n Grind’ ‘Marry The Pu$$y’, ‘You Remind Me’, ‘Number One S*x’ etc, I get to thinking that these are the products of a depraved and perverted mind who has unrepentantly taken advantage of under-aged girls.

Talib Kweli in one of his songs (“Art Imitates Life”) once suggested that art imitates life.

In other words, art is a reflection of life, the artiste’s consciousness and experiences, not the other way round.

Could R.Kelly’s art have been a product of his life?

Could the vile, mundane, s*xually explicit music he sometimes dishes out be a function of what he does in real life?

And should we judge that art based on his present actions?

I don’t have the answers Sway, but like my man Itong Washington said, ‘gimme the art let me digest it’, you can sacrifice the artiste for all I care (I don’t really mean that though, just for actions.)