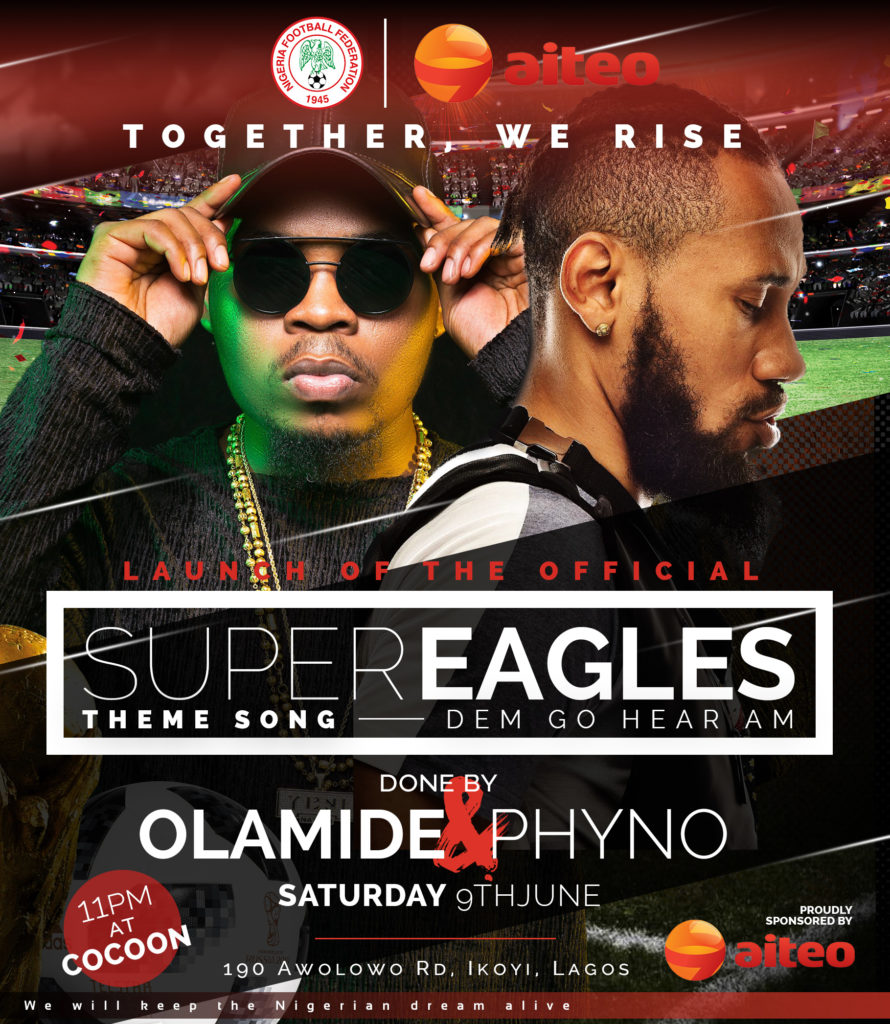 The song titled ‘Dem Go Hear Am’ was done by Olamide and Phyno, two of Nigeria’s hottest hip-hop stars. It is powered by Aiteo, the optimum sponsor of the Super Eagles to the 2018 World Cup.

The song will be launched at a special party on Saturday, June 9, 2018, by 11 pm at the Cocoon, Awolowo Road, Ikoyi Lagos.

The launch party will commence by 11 pm when the special guests and end by 2 am. Several top artists are expected at the event, including Phyno, Cynthia Morgan, Small Doctor, and Mr Real. AY and Bovi will be there to thrill the audience as MCs.