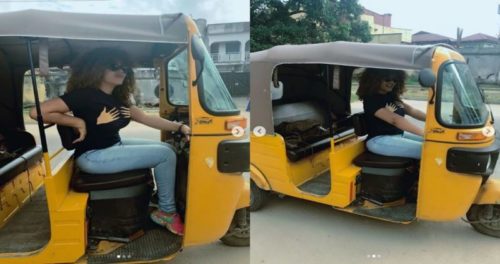 Photos of Actress Nadia Buari In a Keke Napep – Sharing lovely photos online, actress Nadia Buari volunteered to be her fans Keke rider. But, it’s not certain if it was just for pictures or she actually rode the Keke. 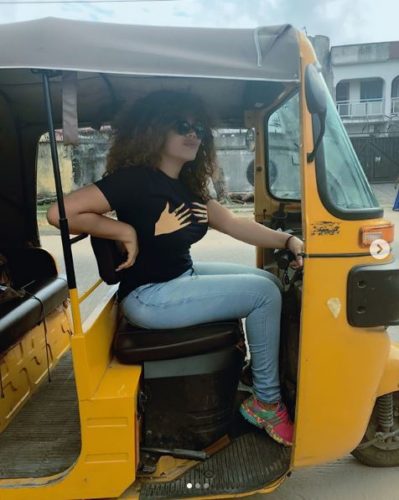 Captioning the picture, she said: “Morning buttercakes…today..I am ur “keke” driver. Where do ya’ll wana go?”

Nadia Buari is a Ghanaian actress born on 21 November 1982. In 2001 and 2009, the young actress received two nominations for Best Actress in a Leading Role at the African Movie Academy Awards. 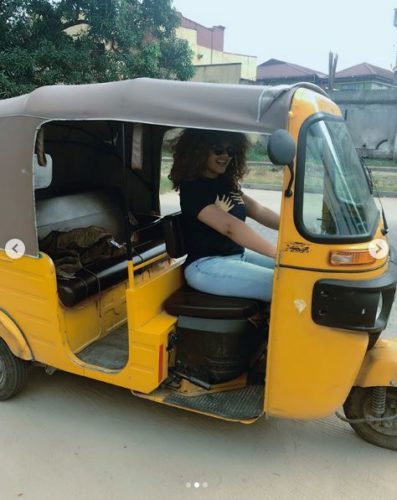 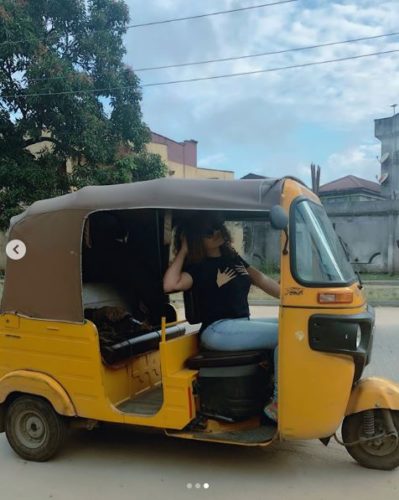