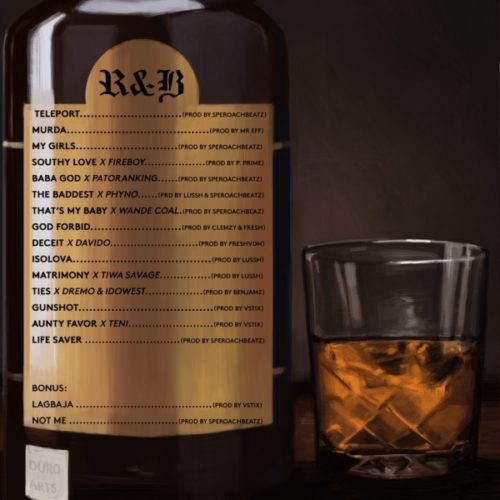 All is set for the release of ‘Rum & Boogie’ album by DMW singer and songwriter Peruzzi.

Peruzzi will be dropping his sophomore album ‘Rum & Boogie‘ very soon and he has revealed what would be the official cover art and tracklist for the project.

Peruzzi’s ‘Rum & Boogie’ album would house 15 new tracks and two other bonus tracks ‘Lagbaja‘ and ‘Not Me‘.

SperoachBeatz, P. Priime, Fresh VDM, Clemzy, Vstix, etc., are some of the producers who worked on the album.

I Hope Y’all Make This Trend Too 🤷🏾‍♂️ #RUMnBOOGIE 🤞🏾 pic.twitter.com/3VUxtmQBZc