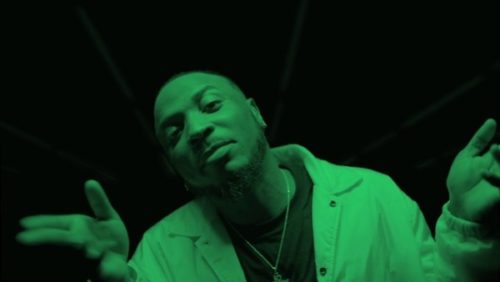 Nigerian singer Peruzzi is in th news for his heroic acts during the ongoing End SARS Protests. The singer allegedly chased away armed robbers who intended robbing protesters.

Currently, Peruzzi is trending for showing bravery on Twitter. Fellow Nigerians hail the singer who went head on to chase away robbers on the popular 3rd Mainland Bridge.

Just before that armed robbery situation escalated, Peruzzi was swift enough to disband the robbers, a victory which was celebrated by End SARS protesters on 3rd Mainland Bridge.

See Peruzzi’s and Nigerians reaction to the incident.

Omo Peruzzi chased all the armed robbers away on Third Mainland Bridge.💀🤲

From the news I’m reading..

How you go see person run? Upon say you hold gun o🤣🤣

Wahala for who no fear Peruzzi🙌🏾😂