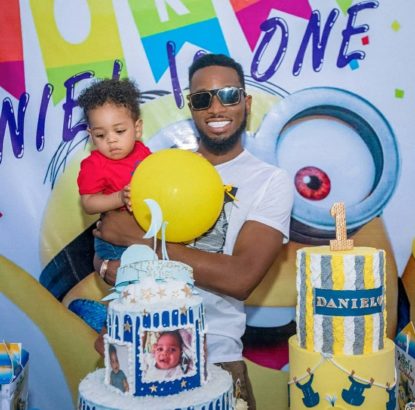 D’banj has lost his child, Daniel. Daniel was said to have suffocate in the pool at the vocalist’s Ikoyi house.

As per various reports, Daniel Oyebanjo III, the child of D’banj and his better half Lineo Didi Kilgrow, today (Sunday, June 24th, 2018), lost his life in a terrible occurrence. The 1-year old kid who turned one last May, is said to have kicked the bucket in the wake of suffocating at Dbanj’s Ikoyi house. His remaining has been moved to a funeral home at GRA, Ikeja. Associates and enthusiasts of the vocalist have been communicating their sympathies. The artist himself has made a post via web-based networking media about the pitiful episode.