The drama started when Dbanj shared a photo of himself carrying his wife while they were on vacation in Dubai. In the comment section, AY said the photo “tells me that we are coming for naming ceremony soon” and added that “U Don pass baba God test.”

But N6 felt it was wrong insinuating that God was testing Dbanj with the death of his child. This was during his radio show on Cool FM last night.

Sharing a video of himself and Dbanj enjoying themselves, AY shaded N6, saying:

“The way you relate with people you are familiar with sometimes makes your IQ appear low in the face of onlookers. But when your own IQ points are focused on cooking up doom between the people you don’t know… then your intelligence should be questioned.” 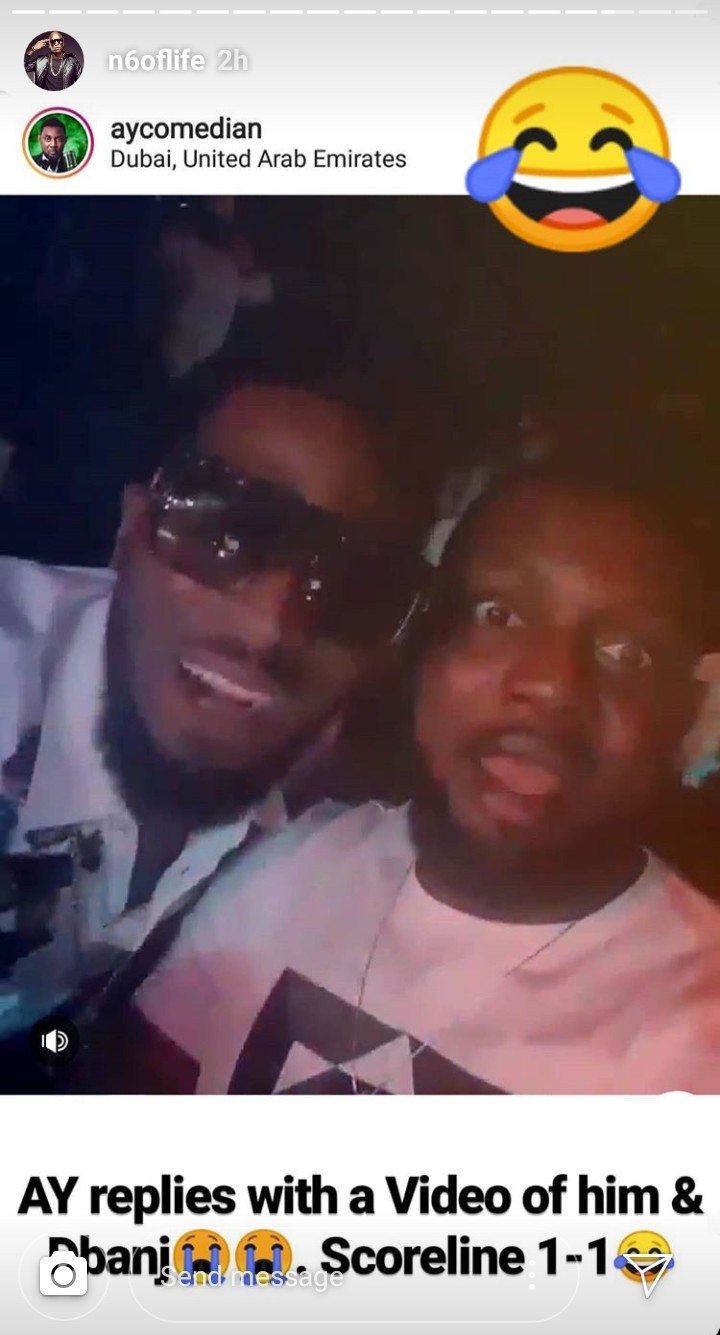 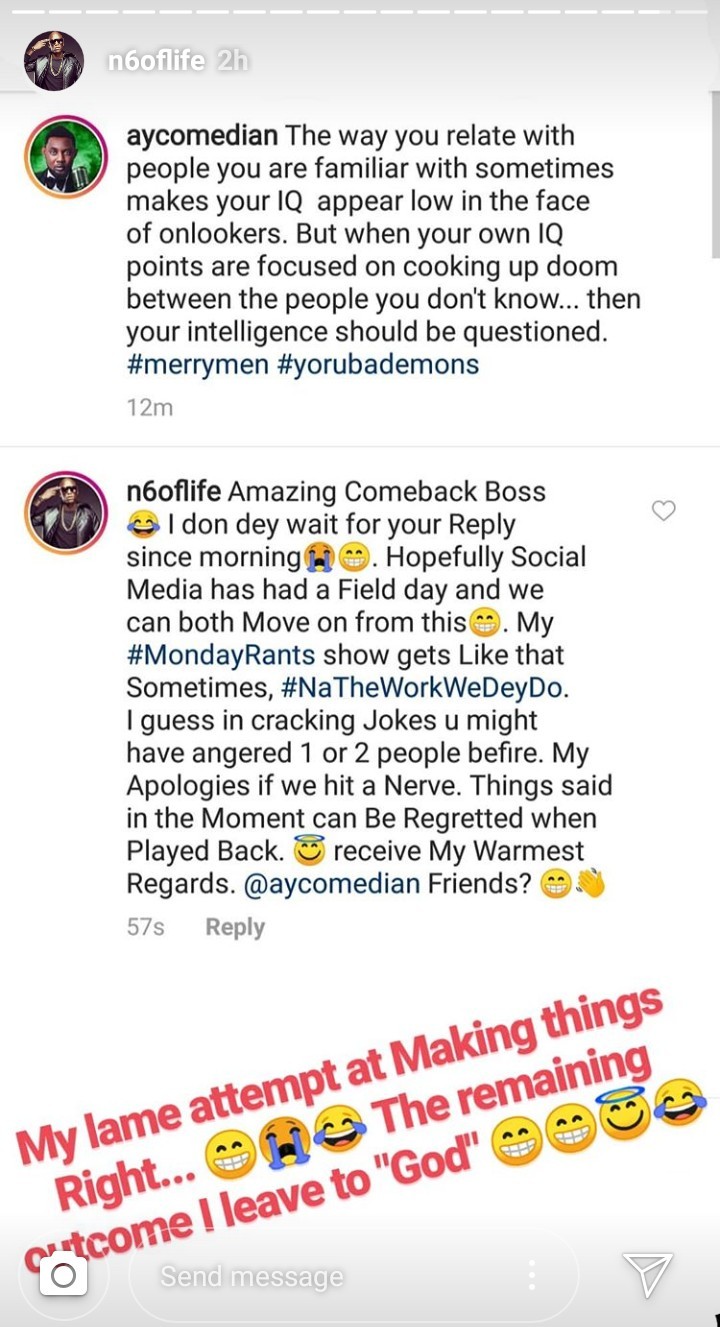