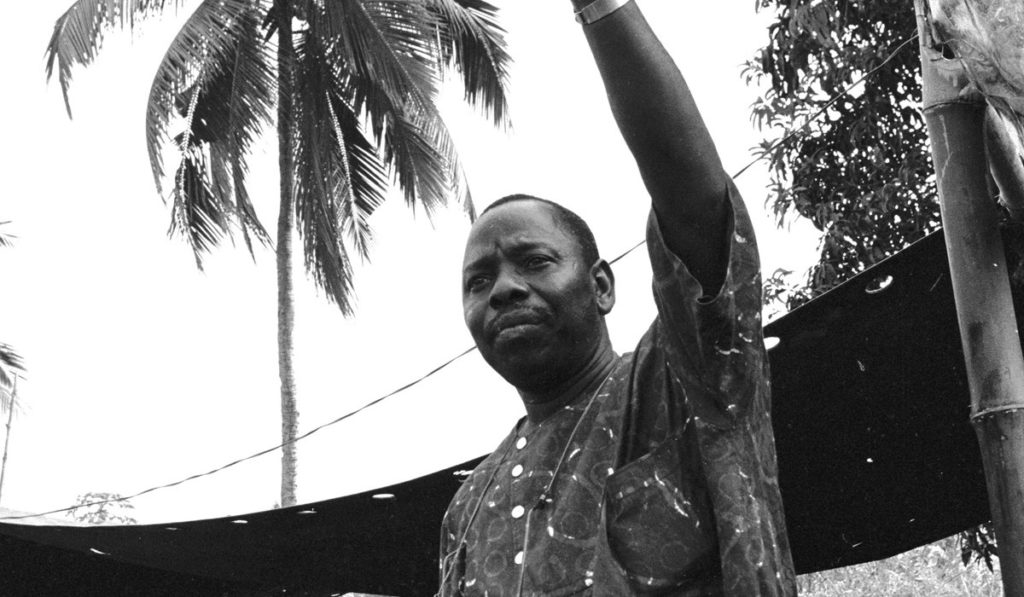 I believe in reasoning with people for effective results. Implying I believe in options or looking at things from different standpoint or point of view. What option I will never accept or even consider is removing November 10th remembrance events or celebration from Ogoni to Port-Harcourt or elsewhere. It is absolutely wrong and nonsensical to take such important event from the Ogoni people.

I strongly feel the same way about Ogoni-Day. These are important Ogoni days or events expressing sorrow and joy with a determination to focus and fighting harder nonviolently and peacefully to actualizing the demands of the Ogoni Bill of Rights (OBR). Among these demands are: self-determination to wit political autonomy or a state for Ogoni that will guarantee Ogonis the control of their political, economic and socio-cultural affairs like the Hausa-Fulanis, Yorubas and Igbos who collectively have about 23 of the 36 states, and others.

In addition to political autonomy is the cleanup of oil-based pollution deliberately and recklessness caused by $hell, NNPC and others in conspiracy with successive Nigerian governments.

Meanwhile, what MOSOP leadership has done is to not hold any important November 10th remembrance event in Bori or any other Ogoni town or village. Having taken a night vigil meant to hold tonight to Aggrey Road in Port-Harcourt MOSOP also remove the only important lecture commemorating the illegal and barbaric state and corporate hanging of the Ogoni Nine (9) to Port-Harcourt.

The venue of the so-called lecture is said to be a place called “Novotel by Airforce Junction.” It is said that buses will convey Ogonis from their villages and towns to Port-Harcourt. Really, or MOSOP leadership is kidding me and the world? It’s like Nigerian government taking its independence day celebration from the country to Ghana or USA with a plan to use buses and airplanes to move Nigerians to these countries so they can attend.

Such plans lacks wisdom and suggests part of the reasons MOSOP and the Ogoni struggle appears stagnating, even though I commend the Publicity Secretary, Mr. Fegalo Nsuke, who has been consistently speaking boldly to the original tenets and demands of the Ogoni struggle and people. Mr. Nsuke recently told me MOSOP is committed to fighting for and achieving the self-determination component of the Ogoni struggle, though I do not see such commitment today as obvious.

This is a very unfortunate decision and indeed saddening. Port-Harcourt isn’t Ogoni despite the fact that Ogoni Nine are remembered by Ogoni friends and supporters all over Nigeria and the world in general.

Like I asked the MOSOP president, Mr. Legborsi Pyagbara today before we encountered network issues: of what significance or importance is moving such lecture and of course the only event bearing November 10th and anticipated to draw large crowd to Port-Harcourt and away from Ogoni where the Nine came from and Ogoni struggle has evidence, reality on the ground in the kingdom such as lack of development that is touchable?

To me it makes no sense for MOSOP national to plan and observe November 10th in Port-Harcourt or any other place outside Ogoni. Not minding who is coming as guest speaking, as for instance, Mr. Pyagbara told me a high ranking United Nations person will be the guest speaker.

Whoever is the guest speaker, auxiliary and otherwise speakers or invitees, even sponsors should have come to Ogoni, the center of gravity or the struggle that exhibits unthinkable and despicable marginalization hence zero development and massive and threatening, deadly pollution, which warranted the struggle the Ogoni Nine, Ogoni four and more than four thousand others were unlawfully and brutally murdered by Nigeria and $hell Oil.

I wish MOSOP did not take such un-MOSOP and un-Ogoni decision. I am highly disappointed, but hope this will not happen again, and MOSOP platform, events such as November 10th and Ogoni-Day on January 4, will not be avenues for political campaigns or talk-shows that deceives and further enslave Ogonis by denying us our natural and constitutional or fundamental rights since Nigeria became independence!!!

Thanks as you read and know that there is no November 10th event in Ogoni organized by MOSOP national and as you share it for awareness!