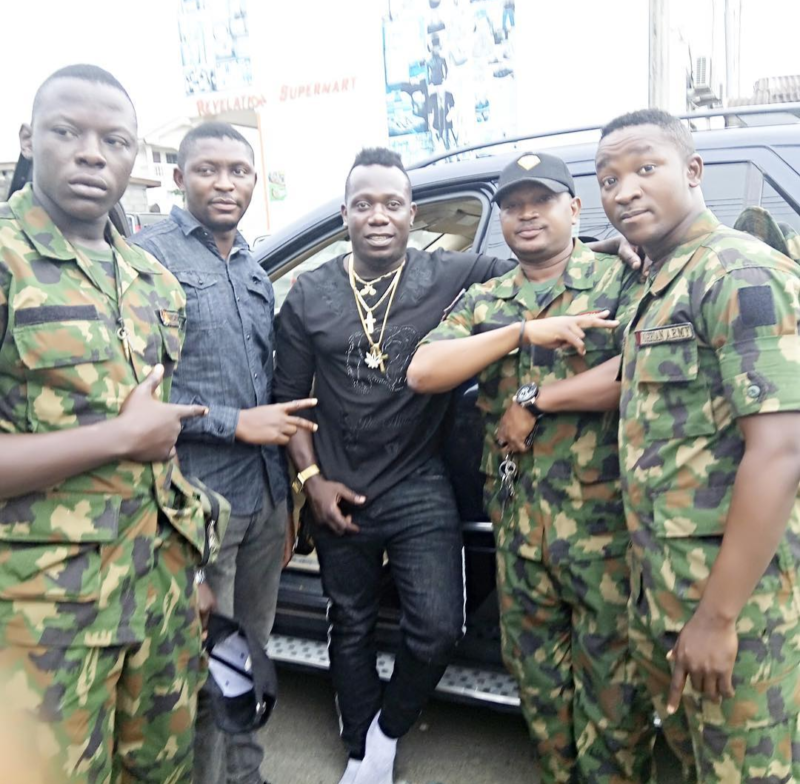 Raving music act Duncan Mighty came under serious backlash when he made an Instagram post that suggested he was an ex boy from Nigerian Military School Zaria.

Ex boys and alumni of the Nigerian Military School (NMS) immediately issued a press release to debunk his attendance at the school.

Sunday Scoop tried to reach out to the “Fake Love” singer’s management but his team refused to speak on the issue. However a close source spoke up with the condition his identity be hidden. The source narrated that Duncan Mighty got admission into NMS but failed to go through because his mother was sick at the time.

“The truth is that Duncan Mighty went to a military school in Port Harcourt. He was supposed to proceed to the Nigerian Military School in Zaria after passing the examination, but his mother fell seriously ill. The soldiers he took a picture with were some of his classmates in Port Harcourt. So, when they saw him, they were so happy and they took a picture together.

“The post was misunderstood. If you know Duncan well, he has a lot of friends in the army and most of them were his classmates in the secondary school.”