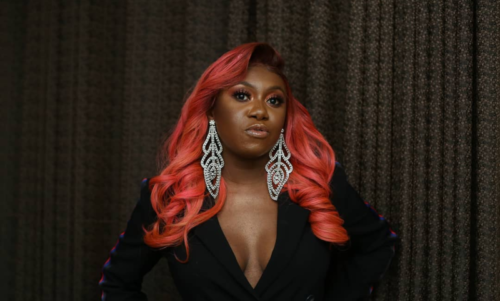 Afro-House boss like she calls herself, Niniola talks how she worked her way to stardom.

The singer whose real name is Niniola Apata sat down with VJ Adams on #OffTheTop to discuss her career and how she discovered Afro-House music was her thing.

“I didn’t know anybody in the industry. So, I went online in search for the best producer in Nigeria. This was in 2013. Sarz’s name kept coming up. I reached out to him and he requested that I give him a hit song. I dropped “Ibadi” and that’s how it happened.

“One song changed my life. I just did the song (Maradona) and knew that, like every other ones, it was good. But when we dropped it, it went boom. People and artistes from South Africa started reaching out to me.”

Super excited about my new show #OFFTHETOP Episode 1 is Out now..link on my bio.. It's everything you need this morning to help keep your dreams alive.. My Darling @officialniniola was a total delight..